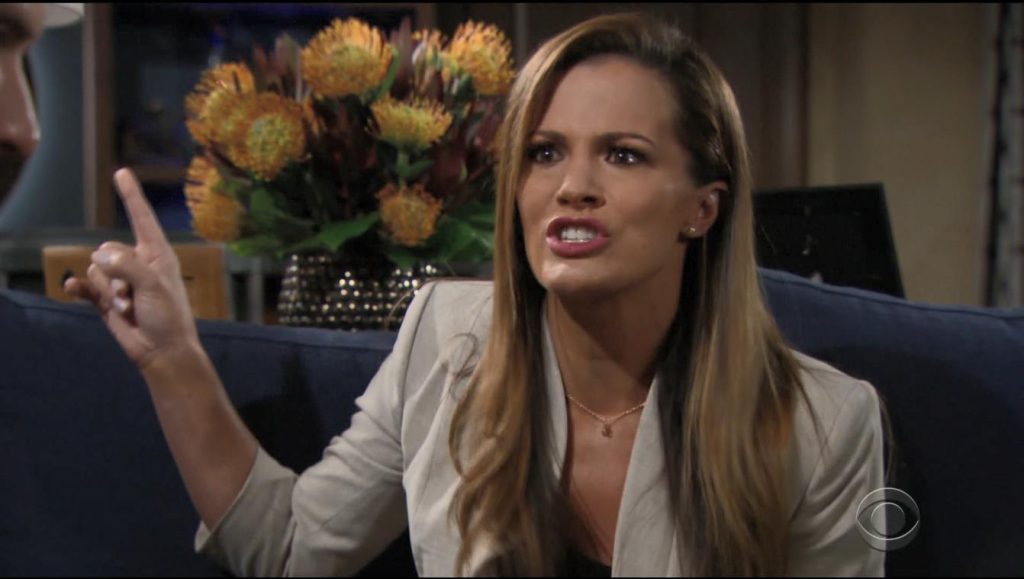 Chelsea Newman (Melissa Claire Egan) feels betrayed on ‘The Young and the Restless’. And she has a right to, based upon how her revived boyfriend’s actions are impacting her son.

Nick Newman (Joshua Morrow) decided not to tell a number of people, including his own daughter, Summer Newman (Hunter King), that his dad hadn’t died. Victor Newman’s (Eric Braeden) faked death was anticipated as being trouble both during and after its anticipated exposure.

Now, in light of the truth, Chelsea is telling Nick that she needs time to deal with all that’s happened. She hasn’t shut him out, or ended their relationship, and has also has softened her stance just a bit in recent days. But Nick knows that the ‘Chick’ revival is being tested.

It can be successfully argued that whatever Chelsea did in the past is separate from what Nick did now. He had the option of telling whoever he wanted what Victor’s plan was, regardless of whatever advice was, or wasn’t given to him by the ‘Moustache’.

The Newman family goal was to reveal Adam Newman (Mark Grossman) as Victor’s medicine manipulator. Nick also believed that his detested younger brother would head to jail after he was caught. The latter didn’t happen.

Nick made a number of calculations, choosing not to tell Chelsea, in particular, because he didn’t want to put her in a position of having to lie to Connor Newman (Judah Mackey), or to tell him the truth and demand his secrecy. In his mind, Nick was protecting both people.

Young And The Restless Spoilers – Chelsea Newman Considers The Past

It wasn’t initially stated, but Chelsea must be trying to balance what she did to Nick and Adam’s other child, Christian Newman (Alex Wilson), when bolting from Genoa City, Wisconsin, without warning last year. That betrayal of trust also included not sticking around to take the heat as Nick has done.

Nick didn’t need to leave Chelsea and Connor behind in GC due to his father’s scheme. And the plot only lasted a few weeks. As viewers recall, Chelsea left town in early 2018 and just returned this summer.

Anything to do with Victor’s youngest son has often been trouble since 2008, when Y&R SORAS’d the Adam character. Many people have been caught in the storm one.

Hopefully, Nick and Chelsea will resolve their differences, realizing that whatever Victor and Adam have done, or will do to each other doesn’t have to disrupt what had been their reestablished relationship. In this moment, Chelsea can be seen as being too hard on Nick, unless that perception is viewed as too harsh by fans.

Fans of ‘The Young and the Restless’ rightfully express their opinions on a regular basis. So, is Chelsea being too hard on Nick? Please vote in our poll below!