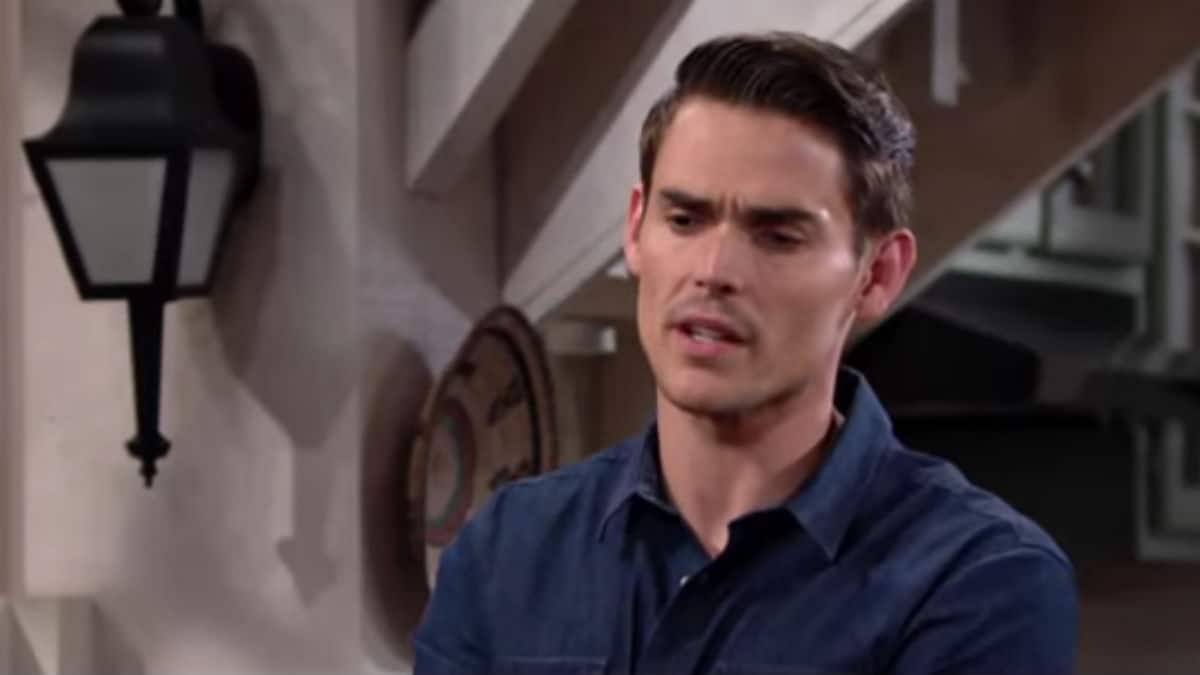 The Young and the Restless spoilers for Monday, August 26, tease that Victor Newman (Eric Braeden) will have called a family meeting, and everyone will prepare to gather. At Victoria Newman’s (Amelia Heinle) house, Nick Newman (Joshua Morrow) and Billy Abbott (Jason Thompson) will chat about Adam Newman’s (Mark Grossman) ongoing threat, when Victoria appears and wonders why Victor called the meeting. Nick will say that she should hear it from Victor.

Meanwhile, Nikki Newman (Melody Thomas Scott) and Abby Newman (Melissa Ordway) will meet up at Crimson Lights. Abby will inquire about the topic of today’s meeting, and Nikki will assure Abby that it’s not about Victor’s health. Adam will overhear all of this.

Next on Y&R, at Devon Hamilton’s (Bryton James) penthouse, he’ll present Elena Dawson (Brytni Sarpy) will breakfast since it’s her first official day as a resident. Nate Hastings (Sean Dominic) will then appear at the door to carpool with Elena. Nate and Elena will leave together.

Later, on a break from work, Elena and Nate will go to Crimson Lights together. They’ll discuss work-related issues and a medical case. Nate will think that Elena has good instincts. Talk will turn to Abby, and Nate will say that he’s playing by Abby’s rules for now.

At the end of the day, Elena will arrive back home to Devon. He’ll want to hear about how her day went, but she’ll say that she would rather thank him properly for the nice breakfast. They’ll kiss and undress.

At the police station, Michael Baldwin (Christian LeBlanc) will deal with a very upset Chloe Mitchell (Elizabeth Hendrickson) and Kevin Fisher (Greg Rikaart). Michael will tell Kevin that he arrested him because he belted him inside a police station; he really had no choice. Michael will say that he knows that Kevin is worried about Chloe and about Bella Mitchell (Cali May Kinder), but that he’d never hurt them.

Michael will explain that Chloe is going to be charged with arson for the cabin explosion, and as district attorney, he’ll agree that she was suffering from a mental illness, and he’ll recommend probation and outpatient therapy. She’ll be released on bail today, which will make both Kevin and Chloe grateful, as Adam will no longer be a threat to them.

Next on Y&R, at Newman Enterprises, everyone in the Newman family but Adam will meet. Victor will explain that there’s now a restraining order against Adam, and that Adam may try to retaliate in some say. He’ll want them to be prepared. Adam will then appear and snark about the Newmans going after one of their own. Adam will then hand Nick documents stating that he’s dropping the custody case for Christian Newman (Alex Wilson).

Nick will be floored by that move, and Victor will want to know what the catch is. Adam will claim that the move is out of love for Christian, and he’ll say that things are going to get ugly and he doesn’t want Christian in the crossfire. He’ll then vow to destroy the myth of the Newmans and expose the family to the world. Victor will wish him luck, then Adam will leave.

The Young and the Restless Spoilers Friday, August 23: Chloe Is Arrested – Victor Issues A Warning To Michael – Sharon And Chelsea Bond https://t.co/KnWv7kBGa0 pic.twitter.com/GRYf5ffE6w

Next on Y&R, Michael, Kevin, and Chloe will arrive at the Chancellor mansion. Esther Valentine (Kate Linder) will appear, and Chloe will let her know what’s happened. Bella will appear and get a big hug from Chloe. Later Chloe will wonder to Kevin about other people’s reaction to her coming back from the dead, and as they talk, Billy will watch from outside.

When the room is empty, Billy will come inside the mansion and will “hear” Delia Abbott’s (Sophie Pollono) voice wanting to be free. Billy will ask to see her, when suddenly Bella runs into his arms. Chloe and Kevin will appear, and Billy will be happy to hear that the charges against Chloe are going to be dropped. When alone again, Billy will chew another piece of gum.

Finally, on Monday’s new episode of Y&R, Adam will arrive at his penthouse to find Phyllis Summers (Michelle Stafford) there. She’ll offer to play on Adam’s side, then she’ll tell him about how Victor sabotaged her plans for The Grand Phoenix, even though she essentially gave Dark Horse back to Nick. They’ll agree to work together after he lets her know that his endgame is to bring down the Newmans.