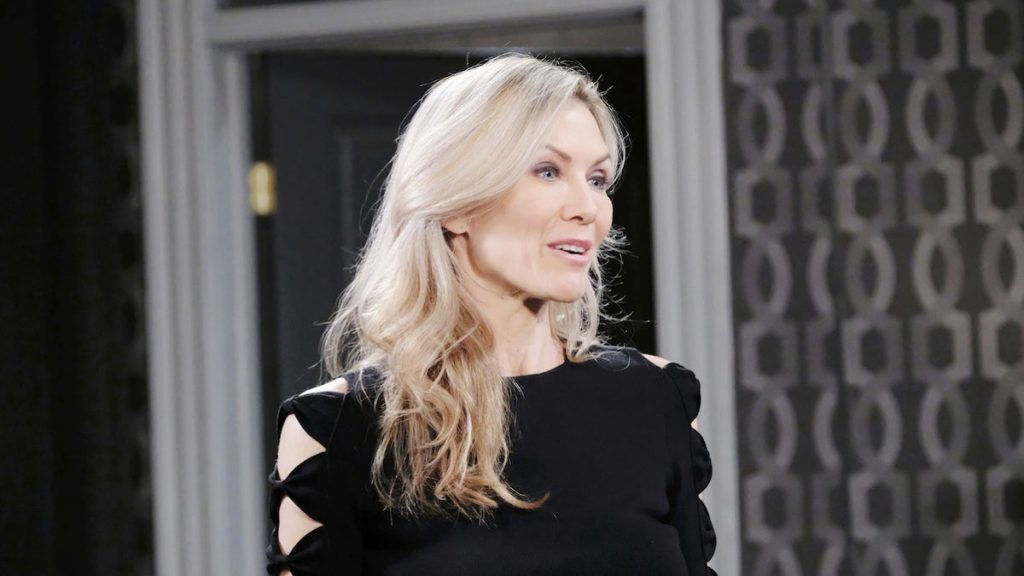 Realizing that she has very few options now that her true identity has been revealed, Kristin is looking for an alley. Her future is now in jeopardy after she was put in handcuffs at Marlena Evans’ (Deidre Hall) and John Black’s (Drake Hogestyn) anniversary party. Kristen believes that the only way that she can wiggle her way out of the situation that she is in now is if she tells everyone the truth about Holly Jonas. The young girl is still alive and only she and Xander know about her whereabouts. Thinking that she still has a chance with Brady, Kristen decides to let him in on the information that she knows, much to his surprise.

Elsewhere, both Maggie and Sarah put Xander on blast for his lies. At one point, Maggie and Xander had gotten quite close as they opened up to each other. Both she and Sarah even figured that Xander might have changed his ways. However, they know that something is up and that the buck stops here. They want the truth and nothing but the truth.

Bold and the Beautiful Spoilers: Tragedy Strikes When Brooke Confronts Thomas – What Happens Next Changes Everything! @celebratesoaps https://t.co/agT899eoZy

Days of Our Lives Spoilers – Anna DiMera And Tony DiMera Make Up, Kiss Up Then Split Up

Now that Nicole Walker (Arianne Zucker) has been exposed as Kristin, Anna and Tony can finally move on with their lives. They both proclaim their love for one another. But it looks like this happy moment is only going to last for so long. First Tony needs to get a divorce from his faux wife, Kristen. Second, there’s also the fact that he was involved in the murder of Ted Laurent (Gilles Marini). Tony hasn’t been completely honest with Anna and she will soon find out why.

DOOL Spoilers – Will The Real Nicole Walker Finally Stand Up?

Days of Our Lives spoilers also tease that Eli and Lani will put the puzzle pieces together about Ted’s death. After sharing a passionate kiss with Anna, Tony will find himself in handcuffs. Also, Maggie, Sarah, Brady and Eric Vaughan (Greg Vaughan) are all now determined to not only find Holly, but also the real Nicole Walker, as she might be in hiding with her daughter. Of course, fans will have to tune in to find out what happens next!