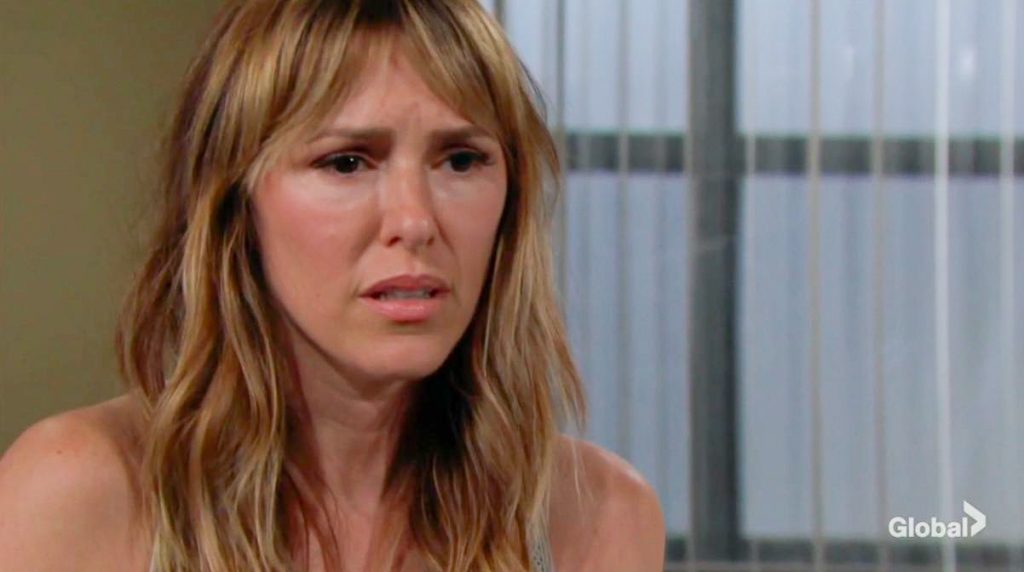 Sharon makes sure Nick knows that she isn’t interested in a relationship between them. She notices that he isn’t with Chelsea yet, even though it seems he would like that to happen. Talk turns to Rey Rosales (Jordi Vilasuso), who Sharon says she still cares about. Nick warns her that Adam is dangerous and only cares about himself.

At the penthouse, Adam wonders if Chelsea is really okay. She insist she is doing well, and all it was between Sharon and Nick was a hug. She points out that she and Nick are not together, anyway. Adam senses that she would like to be with him in that way. He later jokes that he hopes that Chelsea is conning his brother and she will take him for what he is worth.

They argue if Adam is jealous of Nick with Sharon. Y&R spoilers state that Chelsea warns that Adam will never find true love if he can’t admit his faults.

At Society, Celeste Rosales (Eva La Rue) visits her sons, Rey and Arturo Rosales (Jason Canela). Arturo plans to go back to Miami soon and he wants to patch up his relationship with his brother. Rey wants that too but says it will take some time.

Arturo hopes that his brother will find true love. Young and the Restless spoilers say that Rey wants that too, pointing out losing Sharon was very hard. Celeste hugs her sons, concluding they are all family!

At Crimson Lights, Michael Baldwin (Christian LeBlanc) who is the new DA, receives a threat from Victor Newman (Eric Braeden). Young and the Restless spoilers state that Victor wonders what his son Adam has on him for him to fire his son Nick as a client and seek the DA position.

Michael fires back that he will follow the law to a tee. He denies working with Adam in any way. After Victor leaves, Lauren Baldwin (Tracey E Bregman) worries that he’s already getting threats.

Later, Chelsea and Sharon chat about the Newman brothers. They bicker back and forth, trading cheap shots. Y&R spoilers say that Sharon thinks that Chelsea wants Nick as more than a friend, to which Chelsea wonders what’s really going on with her and Adam.

Finally, they agree not to fight anymore and laugh about the men they have in common. Chelsea thinks that Sharon’s feelings for Adam are stronger than she is willing to admit.

Young And The Restless Spoilers: Billy Suffering Terribly – Is He Haunting Himself? #yr #youngandrestless #cbs #daytimetv

Back at the station, Michael tells Rey to make an arrest, but to keep it quiet because he doesn’t want anyone to find out. Later, Michael returns to the station and Rey tells him the suspect is in the interrogation room waiting for him.

Kevin Fisher (Greg Rikaart) appears and he punches Michael for arresting his wife, Chloe Mitchell (Elizabeth Hendrickson). The camera shows Chloe sitting in the interrogation room waiting for Michael to talk to her about her charges.

Come back later for more The Young and the Restless (Y&R) spoilers, news, and casting updates!

Days of Our Lives Spoilers: Julie Suffers Health Scare When She Collapses – Will She Survive?