General Hospital spoilers for Monday, August 26 promise another day of excitement and drama for fans as some Port Charles residents celebrate, others are thankful, but some are worried!

Viewers will recall that on Friday’s episode, Dr. Hamilton Finn (Michael Easton) received a series of test results. He is trying to isolate exactly what it is that Sasha Gilmore (Sofia Mattsson) is suffering from. The protocols that have been tried, on the assumption that it is a type of rare flu, have not been working. Finn, along with Sasha herself and Nina Reeves (Cynthia Watros) are worried!

Michael Corinthos (Chad Duell) is also concerned, although he doesn’t let it show because he doesn’t want to scare Sasha or Nina even more than they are already. Valentin Cassadine (James Patrick Stuart) will try to stay positive for Nina as well. Head Nurse Epiphany Johnson (Sonya Eddy) asks Finn, “Whatever it is, can it be treated?”

Meanwhile, in General Hospital’s isolation ward, Sasha looks up at Nina as she is mothering and comforting her. Both women are trying their best to stay positive. Sasha tells Nina that she has no idea how grateful she is for her.

Even though, as viewers know, Sasha is not really Nina’s long-lost daughter, a strong two-way mother-daughter bond has been established. And it’s evident that neither wants to ever lose the other. Finn was upset about the test results he had received in Friday’s episode and remarked that he couldn’t believe it. But is he talking about a diagnosis or has something in the tests shown something else he can’t believe?

Elsewhere, Jasper Jacks (Ingo Rademacher) and Hayden Barnes (Rebecca Budig) are having a bite to eat together as they discuss a possible ally. Jax says to Hayden that “she can be a helpful ally”, but who is he talking about? It could be Liesl Obrecht (Kathleen Gati) since she is a woman of many secrets that Jax and Hayden might want access to, and she’s got a huge crush on Jax, so they might want to take advantage of her passions!

Willow Tait (Katelyn MacMullen) is spending time with her favorite person, Detective Harrison Chase (Josh Swickard). It sounds like the two might be discussing either marriage or at the very least, moving in together. Willow asks Chase, “What if we do this and it ruins everything?” The two have been dating for several months now and had a recent conversation stemming from Willow’s conversation with Lulu Spencer, formerly Lulu Falconeri (Emme Rylan). She freaked out Willow a bit about what it is like to be a cop’s wife. Then Willow and Chase had had a heart to heart talk about it. Things seem to be getting serious between them. 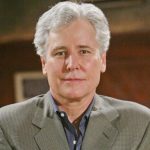 At the Corinthos house, Kristina Corinthos-Davis (Lexi Ainsworth) walks in to see her sister Samantha McCall (Kelly Monaco). She has been obviously decorating the house for Carly and Sonny Corinthos’ (Laura Wright, Maurice Benard) upcoming vow renewal. As Jason Morgan (Steve Burton) looks on, Kristina says she can think of another couple who could stand to appreciate each other!

Sonny and Carly get ready to start their vow renewal ceremony, being held at their house, and Sonny asks Carly if she’s ready to start. She answers him, “Let’s do it!”