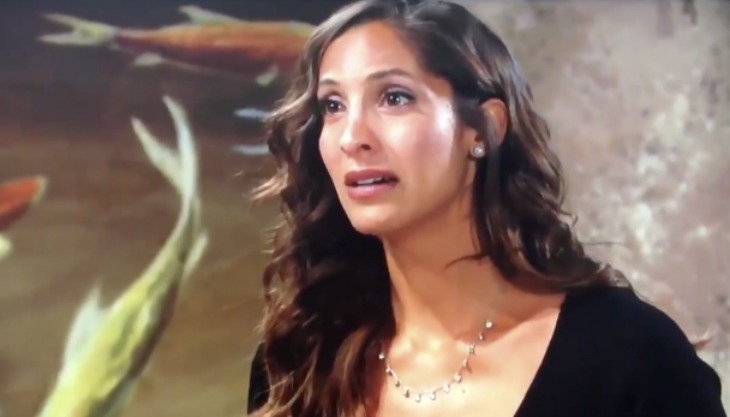 ‘Lane’ is a fully likable couple on ‘The Young and the Restless’. Devon (Bryton James) has generally agreed with that assessment through the years, including during those periods when Hilary (Mishael Morgan) was attacking Lily (Christel Khalil), Cane (Daniel Goddard), or both. But the permanent end of ‘Hevon’ has radically altered Devon’s perspective on his sister and her husband.

Seeking vengeance could be classified as pursuing justice. Cane believes that Devon is punishing Lily, and is, therefore, being vengeful. Devon states that Hilary and ‘Hevon’s’ unborn child is gone and therefore he’s purely interested in seeing his perceived cause of that loss, Lily, held responsible.

I just want to show some ❤️ & #ShoutOut to all the fans that watch the Young & Restless every day & I mean, all the fans! The #Hevon fans, #Shick fans, #Philly fans, #Nictor fans, #Lane fans, everyone who watches #yr day in day out! Because… without u we would be nothing! pic.twitter.com/ADiRG9W0C3

Cane took Lily out for dinner the day before her sentencing hearing. Because this is a soap, they chose to eat at the Genoa City Athletic Club. That would be the establishment Devon was able to purchase with Katherine’s (Jeanne Cooper) billions after she passed away. The scene then set up an interaction between Devon, his sister, and brother-in-law.

As tenured Y&R viewers recall, Michael stalked Christine (Lauralee Bell) in the 1990’s. After the legal system dealt with him it was Chris who offered a second chance to the person who directly damaged her life. Michael was able to pursue a career in justice as a lawyer through that display of aggressive morality.

Did Devon suffer a far greater loss than Chris? Yes, but indirectly. While his wife and unborn child were taken in the accidental car crash that’s fueled this storyline, Chris was the direct target of Michael’s willful crimes.

Michael’s sage advice to Devon may, or may not make a long-term impact. But the truth that was spoken was infinitely more worthy of contemplation that Victor’s me-first drivel.