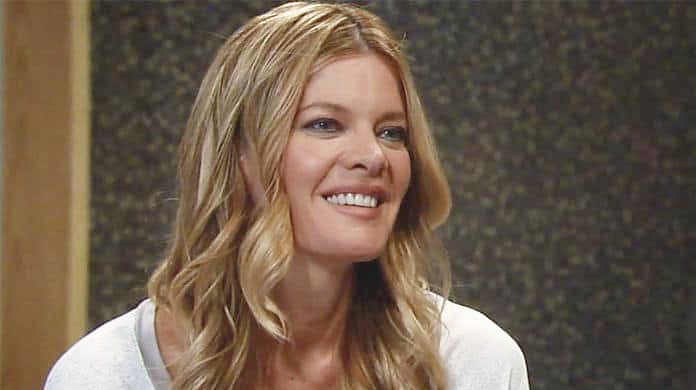 Phyllis Summers (played by the returning Michelle Stafford, who will return to the screen during the week of June 24) must believe that Adam Newman (Mark Grossman) had her kidnapped on ‘The Young and the Restless’. Why else would she escape from wherever Kevin Fisher (Greg Rikaart) was holding her and then arrive in Las Vegas, Nevada?

Riza Thomas (Tina Casciani) didn’t appear to reveal much about ‘Spider’ to either Victor Newman (Eric Braeden), or Sharon Newman (Sharon Case) when she was questioned about him earlier this spring. But Phyllis’ queries may serve to release some previously unknown information that can be used upon this character’s comeback to Genoa City, Wisconsin.

As Y&R fans know, the Phyllis character is undergoing a reversion. Gina Tognoni recently completed her run on the soap, after becoming the recast for Stafford in 2014.

Stafford’s surprise exit from ‘General Hospital’, where she played Nina Clay since 2015, came about due to Y&R’s desire to present the audience with familiarity. That means the original edition of ‘Red’ is back, the Adam character has been revived, and his nemeses, Chloe Mitchell (Elizabeth Hendrickson), Kevin Fisher (Greg Rikaart), and one-time wife, Chelsea Lawson (Melissa Claire Egan), are returning, along with more storylines involving longtime characters.

Kevin acted on impulse in kidnapping Phyllis. He did that because he was convinced that Adam had Chloe abducted. Both men may not realize that despite their perceived invincibility, Phyllis is ferocious, especially when she’s been wronged.

Whatever Phyllis learns about Adam will be mixed with future knowledge that Kevin injected her with a sedative and then put her in a cement-floored room. Whenever Adam decides to release Chloe, Kevin will likely need his true love’s assistance in fending off Phyllis’ anger.

Next week on #YR, the custody battle for Christian begins, Billy confronts Adam, and Phyllis is on a mission. pic.twitter.com/7sds23IZqo

Once that reprisal is addressed, Phyllis will be told that Adam actually argued for her release. Yes, he hesitated for a day, or so, before admitting that he was holding Chloe and would trade her for Phyllis.

This undead man did relent and was prepared to return Chloe to Kevin, before learning that Phyllis escaped. Possibly, when Adam has had a chance to talk with Phyllis these similar personalities will at least remain allies, if not also becoming something more than that?