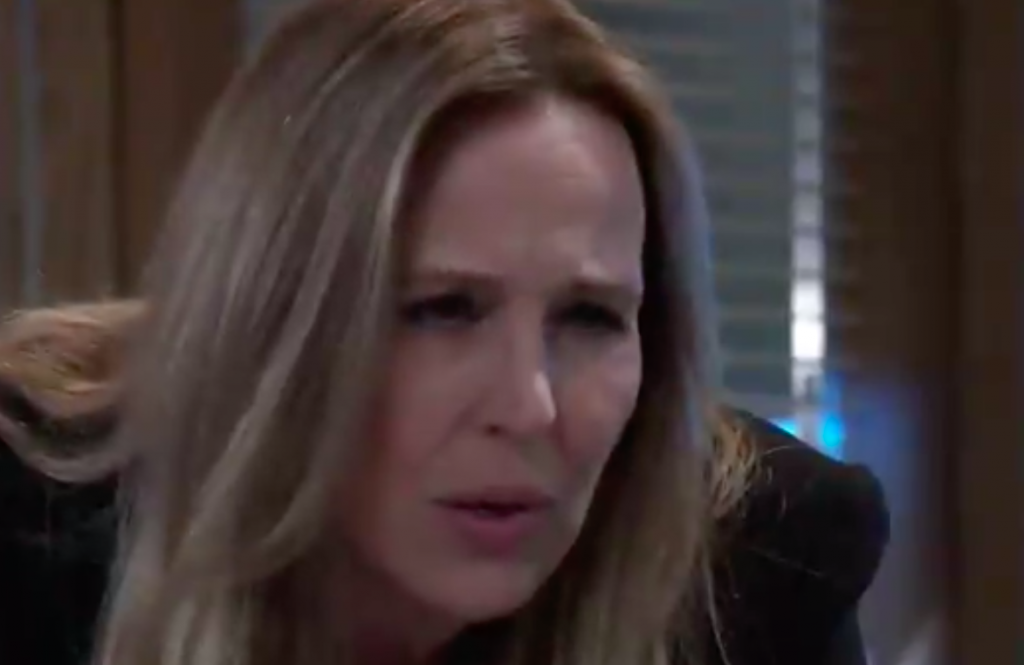 General Hospital spoilers tease that Mayor Laura Webber (Genie Francis) will be more than happy to share her point of view with someone in Monday, June 17th’s General Hospital! Previews show Laura talking to Mac Scorpio (John J. York) and she will offer him the job of interim police commissioner while Jordan Ashford (Briana Nicole Henry) recovers from her kidney transplant.

GH Spoilers: Laura Webber Will Share Her Point Of View

It’s doubtful that Mac would put up any kind of fuss over this, but it’s possible that Laura might have to defend her position on appointing an interim police commissioner. It would be a simple desire for Jordan to be allowed to take her time to recover and not rush into police work until she’s completely healed and released by her medical team to do so.

Plus, in Friday’s episode there could have been a writer’s hint in the script when Jordan hypothesized to Curtis what they would do to pay the bills if she couldn’t return to work! Jordan is a very hands-on commissioner and she won’t be satisfied staying in her office and running a command center from her desk, and Laura knows that! In fact, it’s more likely that Jordan herself is who Laura will have to share her point of view with in letting Mac carry the burdens of the Port Charles Police Department for a while!

He was the head honcho of the PCPD back when Ryan Chamberlain’s (Jon Lindstrom) first crime spree took place twenty-something years ago and he was hands-on too, much of those first few years wanting to put “hands-on” Ryan and strangle him if he could get away with it!

Bold and the Beautiful Weekly Spoilers June 17 to 21: Thomas’ Obsession Spirals Out Of Control – Flo Scared Of Losing Wyatt – Emma Overhears Something