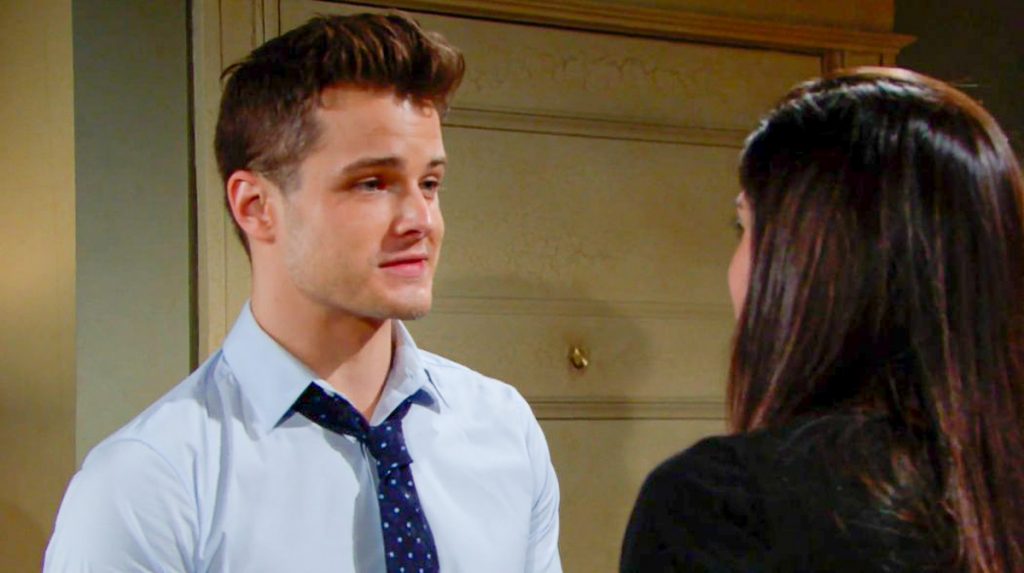 Lola Abbott (Sasha Calle) continues to point out that she and Kyle Abbott (Michael Mealor) come from different worlds on ‘The Young and the Restless’. Okay, but she’s been in Genoa City, Wisconsin, for awhile and is living with Kyle in her brother’s former apartment above Crimson Lights.

Young And The Restless Spoilers – Lola Abbott Adjusting To Marriage

Culture shock in moving from Miami, Florida, to Genoa City, Wisconsin? Sure, anyone would experience the same, either way, as the locales are vastly different.

But Lola’s greatest current challenge is her adjustment from being single to marrying Kyle, rather than adapting to seasonal differences. No longer focused on her then-growing career as a food truck entrepreneur, Lola quickly bonded with Mealor’s character. Kyle loved her from the moment he first bought a sandwich in the shadow of Jabot’s corporate structure, that appears to be located downtown, based on the provide landscape shots that proceed various scenes.

Baby talk kicked off what projects as the next phase of Y&R’s cutest couple’s future, assuming there is one. Agreeing on what type of home to buy continues the serious topics that ‘Kola’ has recently been discussing.

Theo was listening intently when Adrian Rosales (Jay Montalvo) was talking with Rey Rosales (Jordi Vilasuso). He learned that Adrian received cash from Kyle, which compelled Rey to relay that information to his sister via smartphone. Theo’s later conversation with Adrian produced other useful information.

Johnson’s character was at Society, visiting Lola, by the time Kyle made his way to The Grand Phoenix and confronted Adrian. Montalvo’s just-returned character referenced the issues Kyle had with Jack Abbott (Peter Bergman), which likely will be tied back to Adrian’s mouth at some point in the evolving plot.

Lola’s unwanted conversation with Theo included his purposeful mention of Taekwondo tenets. That affirmed Theo isn’t trying to be a better person. Instead he’s recalibrating his pitch.

Theo plays psychological games as part of a defense mechanism. He’s insecure, being unable to handle responsibilities in the adult world.

Kyle remains rightfully suspicious of Theo, but does appear to have re-opened the door to their supposed friendship. Y&R fans feel that Theo will use that opportunity to make inroads with Lola, if he can.

An easy prediction has Theo making a play for Lola and her eventually accepting based upon something that Kyle might do with Summer Newman (Hunter King). Kyle can’t let his guard down, as ‘Kola’ could be defeated by Theo’s manipulation of Lola’s developing marital senses.