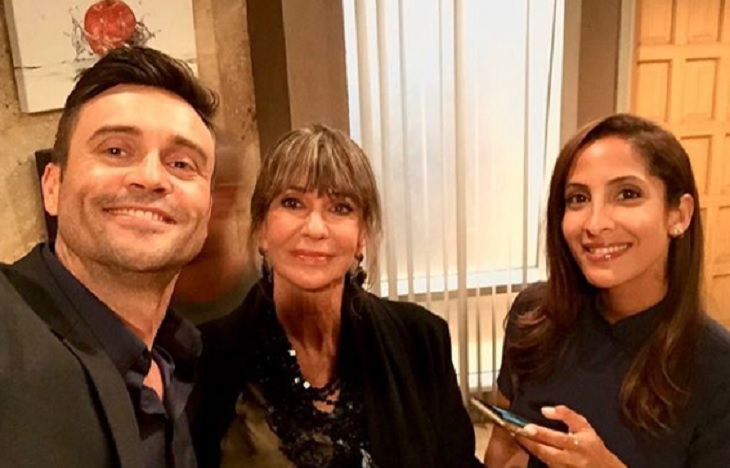 Young and the Restless spoilers and comings and goings reveal that fan favorite and long time cast member Daniel Goddard is OUT!

In an unexpected turn of events, Goddard took to Instagram and announced his shocking exit.  Cane Ashby is currently embroiled in a massive storyline surrounding Katherine Chancellor’s will, so his departure is one that Y&R fans did not see coming.

Earlier this year, CBS soap opera veteran Christel Khalil also left The Young and the Restless, leaving Cane without his wife Lily Winters and family.  So, it appears the Y&R writers have opted to drop Cane all together rather than find him a new romance.

Daniel Goddard explained on Instagram, “I am forever grateful for the 13 years I have been a part of the Y&R family… but sadly it seems that without Neil and Lily there just is no Cane.”

It is with a heavy heart that I share the news that I will no longer be part of the cast of the Young and the Restless. I am as shocked and gutted as you are… I almost didn’t post but I felt that the most loyal & loving fans an actor could wish for deserved to know and watch the last story arc knowing the rich meaning behind it. I am forever grateful for the 13 years I have been a part of the Y&R family… but sadly it seems that without Neil and Lily there just is no Cane. 💔 #yr

Daniel went on to say that he is as “shocked and gutted” by his exit as Y&R fans.  It’s clear that the CBS soap actor did not see this coming at all.

Are you shocked that Daniel Goddard was fired and Cane is leaving Genoa City for good?  Will you be sad to see him go?  Share your thoughts on the shocking casting news in the comments below!