The Young and the Restless Spoilers: Kyle and Lola, Who Will Cheat First? 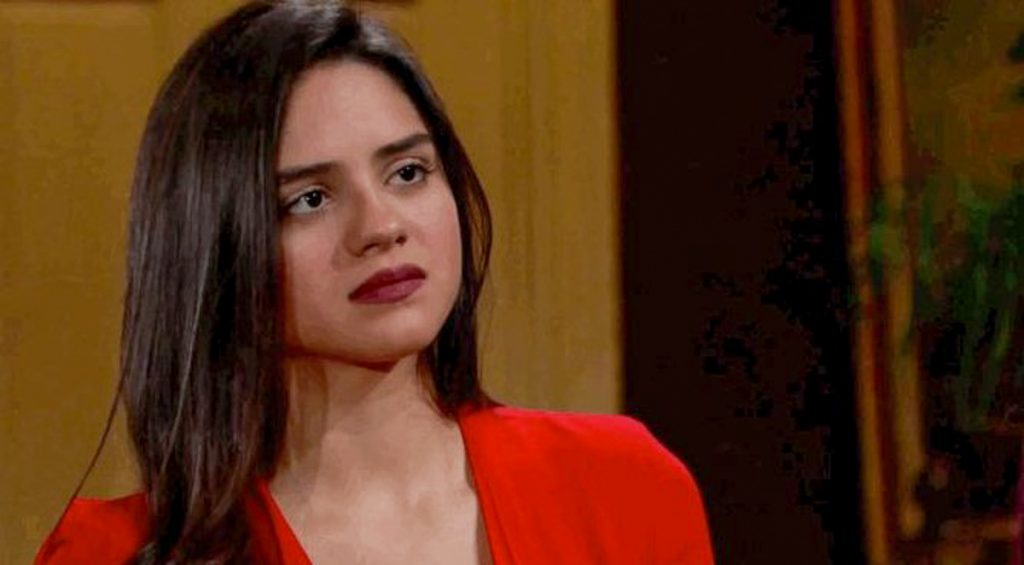 The Young and the Restless spoilers indicate that Kyle Abbott (Michael Mealor) and Lola Rosales’ (Sasha Calle) marriage will end due to infidelity.

Kyle and Lola’s relationship has been rocky in recent weeks, mainly due to Theo Vanderway (Tyler Johnson). Lola believes Theo is trying to change for the better, but Kyle doesn’t see it that way.

The couple’s marriage has more tension now that it’s been revealed that Theo and Kyle are cousins. Kyle didn’t take the news so well and believes Theo will end up causing a lot of pain to the Abbott family. Despite his warnings, Jack Abbott (Peter Bergman) and the rest of the family are welcoming Theo with open arms. Kyle’s anger towards Theo is getting on Lola’s nerves and she thinks he’s acting childish.

As cracks are forming in their marriage, Lola continues to form a bond with Theo. The two have a lot in common because of their backgrounds and how they worked hard to get where they are in their careers.

Meanwhile, Kyle is confiding in his ex Summer Newman (Hunter King), who just so happens to be involved with Theo. Even though Summer is dating Theo, she still loves Kyle. Her feelings for him continue to grow as they work together at Jabot.

With Kyle and Lola seeking comfort from others, it’s only a matter of time before one of them cheats.

So who will be the first one to cheat?

The Young and The Restless Rumors: Jill Makes A Shocking Discovery &#8211; Will Cane Ashby Be Killed Off The Show? #YR #youngandrestless https://t.co/qToWu7R2sY

Lola has prided herself in being a good person. However, as viewers remember she slept with Kyle while he was still married to Summer. So it is possible she could cheat on her husband.

Y&R Spoilers: Kyle Abbott Does Things Spur Of The Moment

Yet, Kyle has done a lot of stuff in the spur of the moment. During one of his many arguments with Lola, he could seek comfort from Summer, which leads to them making love.

Odds are Kyle will be the first one to cheat, but no matter who it is, Kyle and Lola’s marriage is dissolving.

While Kola fans will be upset, viewers are excited to see a reunion between Kyle and Summer, along with the Lola and Theo’s relationship.

Do you think Kyle will cheat on Lola? Do you want to see Lola with Theo? Vote below!

Don’t forget to check back often for the latest Young and the Restless spoilers, rumors, updates and news.

General Hospital Spoilers: Chase Angry With Finn? Kept Violet A Secret From Him.