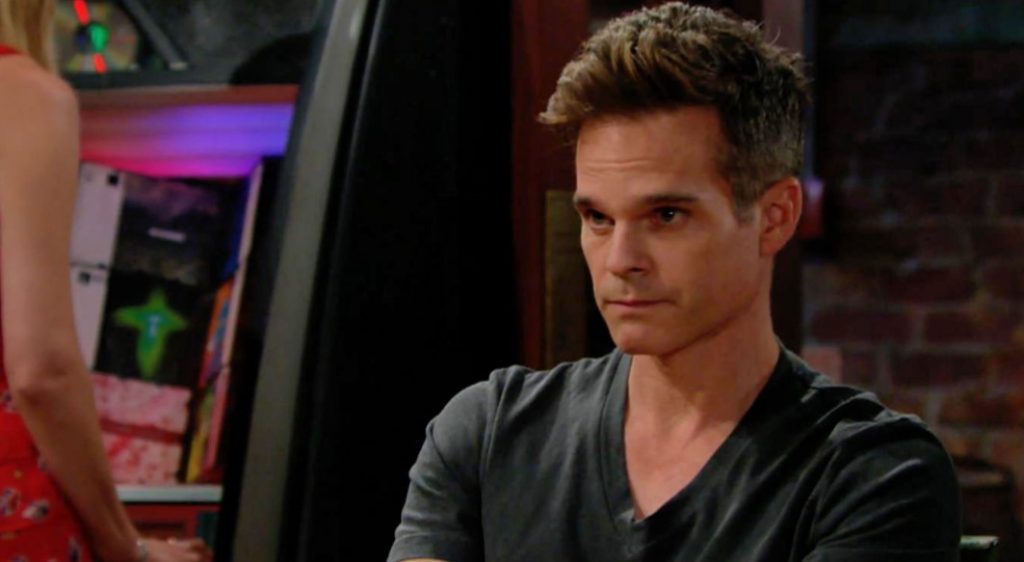 The Young and the Restless (Y&R) spoilers tease that Kevin Fisher (Greg Rikaart) will receive a surprising offer during the week of September 30. And, many viewers think it will be related to Adam Newman (Mark Grossman) and the war on the Newman family.

Kevin and Chloe Mitchell (Elizabeth Hendrickson) have been trying to help Billy Abbott (Jason Thompson) come to terms with Delia Abbott’s (Sophie Pollono) death. They were able to reach him, and he is in grief therapy, but they worry the Newman war will send him over the edge and back into a dark place.

That’s when Kevin is pulled into the plan and it could throw a wrench in Adam’s plan to get revenge his father. Can Kevin and Chloe continue to protect Billy from self-destructing? Here’s what you need to know about what’s coming up on Y&R.

Even though Billy is on the mend, he needs to have stability in his life. And, when Adam framed Victoria Newman (Amelia Heinle), he threatened Billy’s stability. As Young and the Restless viewers know Victoria has always been Billy rock, the one he can always depend on.

Now, with Adam throwing his sister under the bus for Victor Newman’s (Eric Braeden) [fake] murder, it puts Billy under a great deal of stress. He begins to worry that something could go wrong in their plan to get to Adam and Victoria could take the fall. This is something he cannot let happen, so he calls the only person he knows that might be able to locate evidence to clear her name.

Even though it wasn’t looking good for Victoria, Billy is confident that she is innocent and didn’t plan on hurting her dad. The Young and the Restless spoilers say that Billy might go to Kevin and ask him to find evidence to clear Vicki.

Whatever it is, Kevin will save the day. And when he does, how will Adam up the ante? Don’t forget to come back later for more The Young and the Restless (Y&R) spoilers, news, and casting updates!