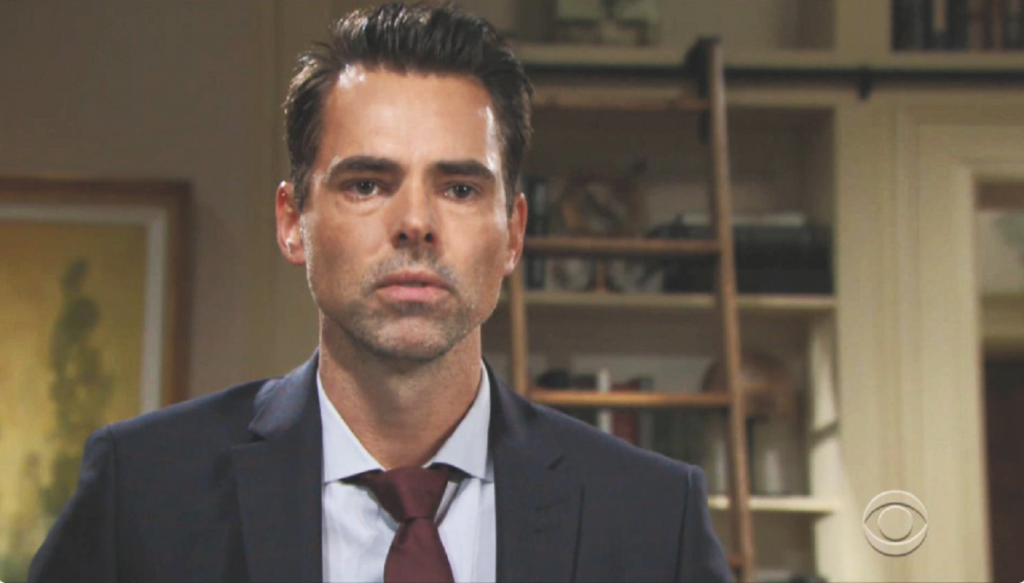 Jason Thompson, who plays Billy Abbott on The Young and the Restless, had a lot of things to say about the show’s standalone featuring Billy. The actor talks about his reaction when he learned what he needed to do, the preparation he had to make, taping his scenes and what the future holds for his alter ego.

Thompson revealed that he had no clue the special episode would center on Billy and his mental health crisis until he saw the script.

When he learned about it, the first thing that came to mind was “Okay, this is going to be really fun and cool and it’s a great opportunity.” He recalled feeling excited about getting the chance to do something new, especially since the entire episode is filled with heavy scenes.

Young And The Restless Spoilers – Breakdown Was Challenging To Play

Thompson appreciates and is truly grateful for entrusting this kind of material to him, and he wants to repay that with “good focus and hardwork.”

The Young and the Restless Spoilers: Sharon Unable To See the Real Adam – Another Mistake Made https://t.co/AfyYsqN6QX pic.twitter.com/wqZUqKlabn

When asked if he sought out support or advice from other costars like Melody Thomas Scott, Eric Braeden, or Christian LeBlanc who had similar episodes, he said no. “I didn’t really look into it, to be honest. You just want to be part of a storyline where it makes it somewhat fun to go to work,” he explained.

Thomspon said Billy’s breakdown was challenging for him to portray. But he pushed himself to do his best while having fun. The special episode too about three days to complete, and they were taping heavy scenes during that period.

Young And The Restless Spoilers – Remained In Character In Between Takes

In order to maintain his momentum while filming the scenes, Thompson revealed that he had to stay in character even in between takes. But once he walks out of the studio, he manages to shake off all the emotions felt by his character.

He had nothing but good things to say about the cast and crew. Thompson felt like they were in it together, to a point. He also loved working with Amelia Heinle (Victoria Newman).

“She brings a certain levity to the situation, which I really love about her. I also love that about her character and what that means to Billy,” he explained. “It’s nice when Amelia comes in and the crew is happy to see her. There’s a certain sense of ease that she has when she’s onset. I really enjoy what that does for our relationship.”