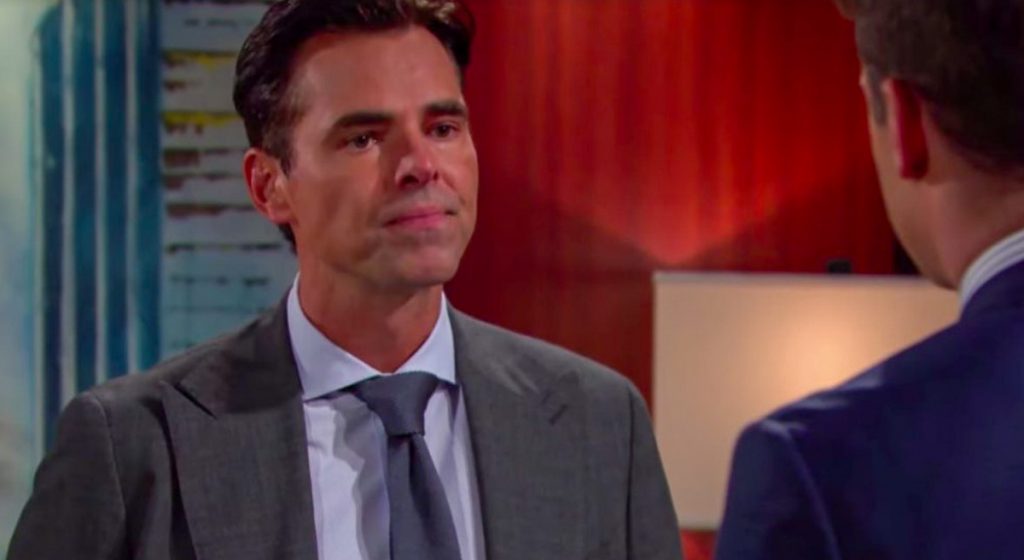 The Young and the Restless spoilers tease that Billy Abbott (Jason Thompson) will finally see better days ahead. As many fans know, Billy has been mentally tormented by the return of Adam Newman (Mark Grossman). That’s because he keeps going back to that time that Adam killed his daughter, Delilah. It’s been a challenging several months for Billy, both mentally and physically speaking.

The Young and the Restless News: Billy’s Challenging Year

Speaking to Soaps in Depth in a new interview, actor Jason Thompson, who portrays Billy Abbott on the small screen, had this to say: “I haven’t really been able to explore this side of Billy in my almost four years of being here. I was looking forward to unearthing some of these things that were inside the character and I feel like I have a better understanding of him now. there’s more for me to carry forward, which is always good. You talk about this kind of stuff with writers or other cast members, but until you really emotionally go through some of it, you don’t necessarily know how it’s going to come at you. I had a good time with it. It was fun to do something different.”

And while no one knows exactly what’s next for Billy, Jason says that he is looking forward to seeing his character go through the next chapter of his life. As a matter of fact, Jason said that all he wants is for Billy to be happy and at home with Victoria Newman (Amelia Heinle), talking about the kids and enjoying the life that he deserves.

But if there’s something that we’ve learned from the world of soaps, that doesn’t always happen. Jason further explained, “There’s a lot going on, of course, there always is, but with Billy, I like seeing his world and where he lands, but I think it’s important that he doesn’t lose his edge in all of this. It’s just about getting control of his mind a little bit more.”

So does this mean that Billy is going to turn a new leaf in his life? Perhaps. Needless to say, fans will have to tune in to The Young and the Restless on the CBS network to find out what will happen next!