The Young And The Restless Spoilers: Is Mia Going To Attack Sharon? 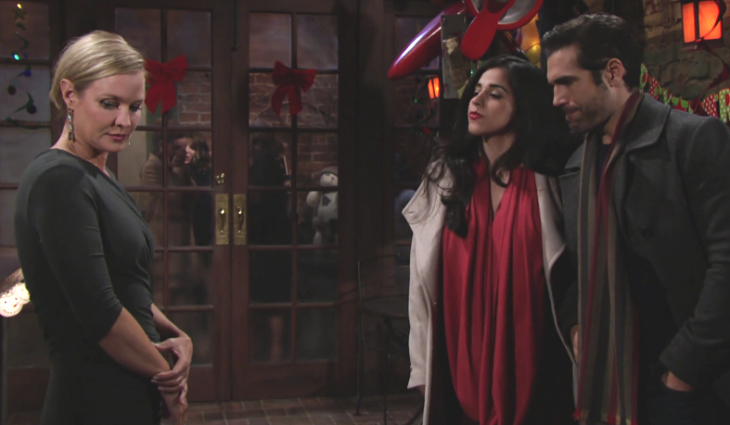 The Young and the Restless spoilers indicate that Mia Rosales’ (Noemi Gonzalez) anger will lead her to attack Sharon Newman (Sharon Case).

Mia and Sharon have been at odds over Rey Rosales (Jordi Vilasuso) since the day Mia arrived in Genoa City. Mia immediately made it clear of her intention to reunite with Rey. Despite Sharon’s feeling for the handsome detective, she decided to let him go so he could work on his marriage to Mia.

Yet, cracks once again formed in Rey and Mia’s marriage. Their biggest issue was Mia’s unresolved feelings for Rey’s brother Arturo Rosales (Jason Canela). Mia was constantly interfering in Arturo’s relationship with Abby Newman (Melissa Ordway). Her anger towards Abby got so out of control that she accidentally attacked her sister-in-law Lola Rosales (Sasha Calle), thinking she was Abby.

Mia’s attack on Lola almost cost the youngest Rosales sibling her life. But with Mia being pregnant, Rey decided to keep the attack a secret. Yet, he did confide in Sharon the truth about Lola’s attack and that could lead to Sharon becoming Mia’s next victim.

Even though Sharon promised to keep Rey’s secret, she’s going to be torn. She wants to help Rey, but this is also a big secret and shows that Mia is a dangerous person. If she attacked Lola, there’s no telling what else Mia might do.

If Mia were to find out that Sharon knows her secret, she would do anything to silence Ms. Newman. Mia was ready to attack Abby in order to remove the woman from Arturo’s life. With the threat of prison looming over her head, Mia is going to do whatever it takes to protect herself and her unborn baby.

Young And The Restless Spoilers – Will Mia Rosales Try To Eliminate Her Rival?

With Sharon being the one who could destroy her future, Mia is going to eliminate her rival.

Mia’s attack on Sharon is going to cause a dilemma with Rey. He loves Sharon, but he also loves Mia and wants to protect her and their child. If he helps Mia once again, it’s going to cause problems between he and Sharon. 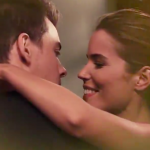 Sharon will want Mia locked up, yet Rey will beg her not to say a word. Mia has been a source of contention with the couple for a while and even with her leaving, she’s still going to be a sore subject for Sharon and Rey.

Bold And The Beautiful Spoilers: Zoe And Flo Get In A Heated Argument – Shauna Pulls A Gun