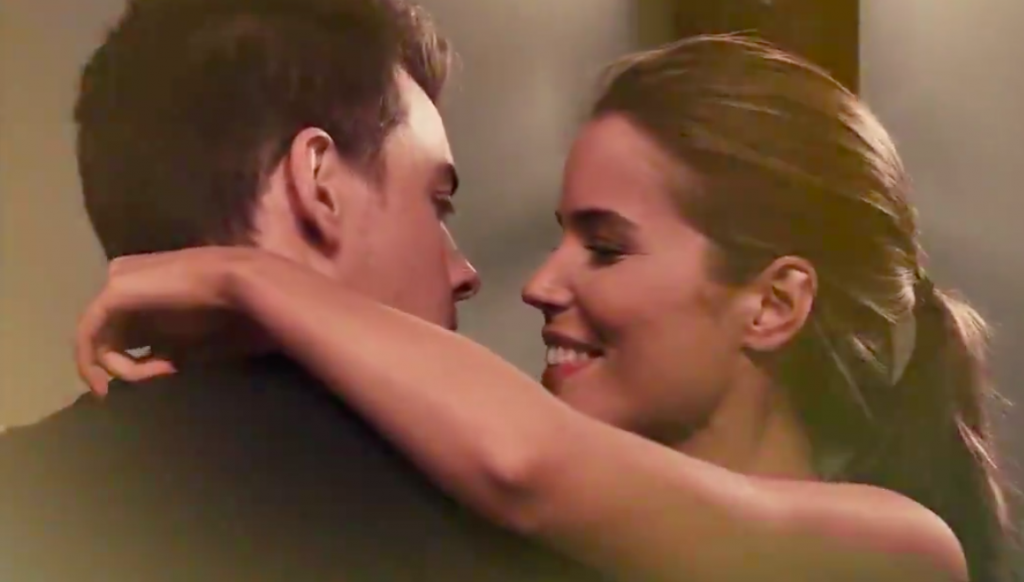 Valentin wants Nina to keep quiet since they have everything they want. Valentin mentions that Liesl has to behave herself if she wants to be around James, just then Liesl walks into the dining room. Liesl congratulates Nina on Sasha Gilmore (Sofia Mattsson) being her daughter. Nina explains to Valentin that with Charlotte’s approval maybe kids will stop making fun of Aiden.

General Hospital’s Maxie West (Kirsten Storms) asks why Liesl disappeared before the DNA test, Liesl didn’t want to see Nina’s heartbroken when she found out Sasha isn’t her daughter. Maxie tells Nina there is nothing to expose, the test proved Sasha is Nina’s daughter. Peter August (Wes Ramsey) asks Maxie to stop trying to get something on Valentin since he makes Nina happy.

Maxie wants to talk to Liesl for Peter, and he asks her not to. Maxie tells Peter that Valentin is the reason that he was taken from a good home and given to Caesar Faison (Anders Hove). Peter claims without Valentin’s influence his life would have been worse. 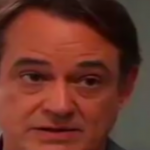 General Hospital’s Jordan Ashford (Briana Nicole Henry) and Franco Baldwin (Roger Howarth) discuss Ryan Chamberlain (Jon Lindstrom); Franco hopes he’s dead. Franco says at least you can tell Ryan and Kevin Collins (Jon Lindstrom) apart now. Kevin speak to Franco and Jordan, Kevin is cleaning out his office. Jordan asks if Franco is planning on leaving town. Jordan wants to recognize Franco as a hero; he tells her she blackmailed him into it. Franco tells Kevin to let him know when he lands somewhere. Franco tells Kevin how much he helped him. Franco will think about calling Kevin.

General Hospital’s Ava Jerome (Maura West) thinks Ryan is following her; she discovers it is Curtis Ashford (Donnell Turner), and Julian Jerome (William DeVry) hired him as a bodyguard. Ava tells Curtis she doesn’t need him as a bodyguard. Curtis understands Ava wanting to protect herself but doesn’t want her to go back to the old way of doing things. Curtis tells Ava how she broke his heart when Kiki died. Ava dares Ryan to come and get her. Ava asks Franco to be her boyfriend to lore Ryan out of hiding. Ava tells Franco her plan to get Ryan. Curtis meets with Jordan and says Ava fired him. Curtis believes Ava will try vigilante justice.

General Hospital’s Michael Corinthos (Chad Duell) and Sasha are working out at the gym. Michael holds the punching bag for Sasha as she hits it. Sasha tells Michael she’s lied in her time. Sasha thought it would be better to close doors before they were opened. Michael asks Sasha if she might like him a little, she admits she likes him. Michael messages Sasha’s hand. Sasha apologizes to Michael for running away from him at the bar. Sasha wants her and Michael to be friends. Michael and Sasha end up at the Metrocourt having sex.

General Hospital’s Liz Baldwin (Rebecca Herbst) tells Laura Webber (Genie Frances) that Nina wants to set up a playdate. Liz defends Kevin to Laura; she isn’t upset that Laura is glad he is free. Laura doesn’t know how to move on from her. Laura tells Liz about Lulu’s panic attack. Liz tells Laura she helped her get back with Franco and understands about Kevin.

Kevin thanks Liz for helping him with Franco, Liz tells him she helped him very much. Kevin starts to leave and runs into Laura. Laura and Kevin talk about their relationship. Laura knows the man she loves is still around. Kevin still loves her too. Laura hopes they can start over, they kiss.

As always, more detailed spoilers and a full collection of pictures for the week in question will appear here on Soap Opera Spy, when there could be more clues and hints over exactly what’s going on.
General Hospital airs weekdays on the ABC network.