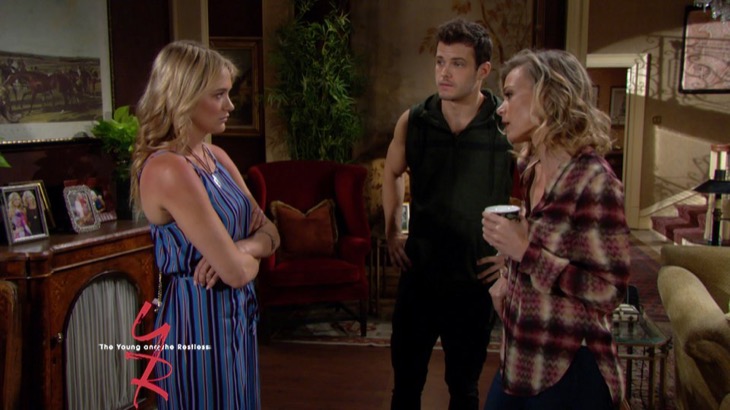 “Young and the Restless” (Y&R) spoilers tease that Summer Newman (Hunter King) will fight for what she wants. Summer has done a lot of things she isn’t proud of, but now she’s learned from her mistakes and wants to claim what she believes is hers. And, what might that be? Hunter King laughs and says, “Kyle Abbott (Michael Mealor), of course.”

Summer had a rough few months. She stole cars, drank a bunch of alcohol, and even had sex with her mother’s boyfriend, Billy Abbott (Jason Thompson). She learned her lesson and she wants to prove that she has changed. Summer wants to put everything with Billy behind her and not ever revisit it.
Nick’s (Joshua Morrow) daughter, Summer has an idea of the life she wants for herself and it includes Kyle. She cannot imagine a life without him. She really cares for him.

While the storyline is just beginning, Summer and Lola (Sasha Calle) will fight for Kyle’s attention. King said the fun part of this storyline is that you don’t know who Kyle will pick to be with in the end. You’ll watch a scene and think, Kyle will pick Lola. Then the next day, you will be convinced that he is going to pick Summer. It will be a wild rollercoaster that could last several months.

Hunter said she is so happy to be on the show again and she hopes that Summer stays in town for a very long time. She feels like Summer is an apart of her and when she isn’t on the show, she doesn’t feel like herself.

Are you glad Summer is back in town? Don’t forget to come back later for more The Young and the Restless (Y&R) spoilers, news, and casting updates!