Young And The Restless Spoilers: Will Ashley Return To Genoa City – Eileen Davidson Weighs In 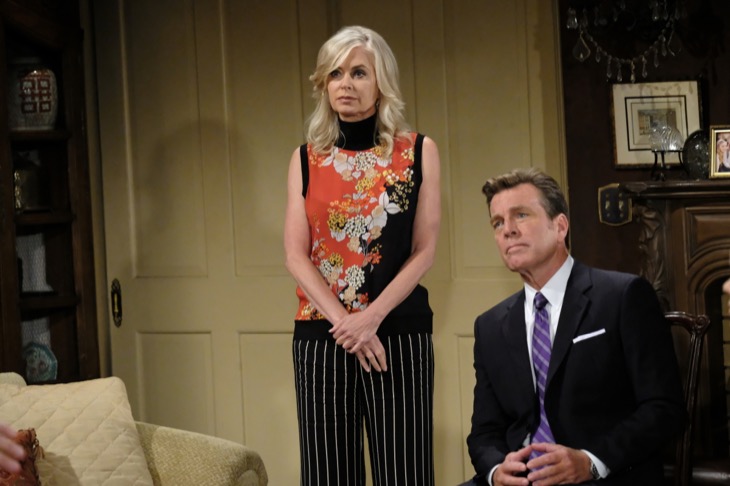 “Young and the Restless” (Y&R) spoilers tease that Ashley Abbott (Eileen Davidson) could return to Genoa City in the coming months. Ashley left the country to build her own company after learning that Dina (Marla Adams) put a clause in that she would own the rights to whatever product she created at Jabot. After everything that happened between her and Jack Abbott (Peter Bergman), she needed some downtime to process what she should do next.

Eileen Isn’t Ruling Out A Return

After the news broke out that executive producer Mal Young was no longer running the show, Eric Braeden, the actor who plays Victor Newman, took to Twitter to say that he hopes to see Eileen and Doug Davidson return to the CBS soap opera.

Eric implied that the reason Eileen quit the show was she didn’t want to work with Mal. He made it seem like with Young gone, Eileen would be more inclined to return. However, Davidson has repeatedly denied that Mal had anything to do with her departure. She went as far as to praise him for the way her exit was handled.

While Eileen said that she isn’t interested in returning fulltime, she would love to come back for a small stint or arc. She said that in recent months she has suffered from burnout and she just needed a break. Eileen added that she would understand if the show needed to recast the role of Ashley. She encouraged the fans if CBS does recast her role, to accept the new actress.

It sounds like Eileen Davidson is interested in returning, but only for a small arc. Would you like to see Ashley return to Genoa City? Don’t forget to come back later for more The Young and the Restless (Y&R) spoilers, news, and casting updates!