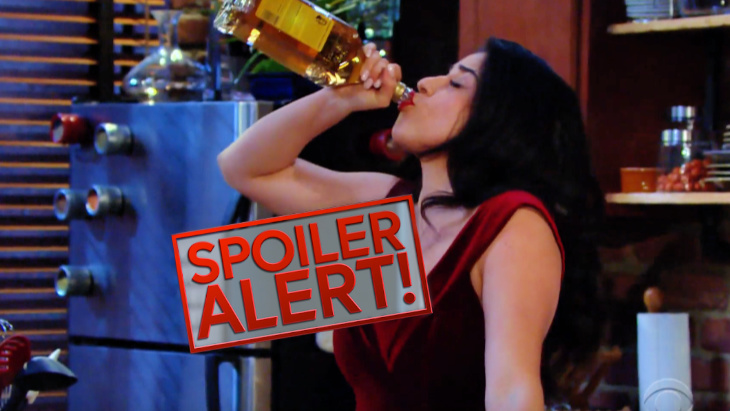 “Young and the Restless” (YR) spoilers for the week of Monday, February 11, 2019, through Friday, February 15, 2019 tease that “It’s Valentine’s week for some, for others not so much, and will painful heartbreak lead to new beginnings.” We have a very interesting week heading our way and you will not want to miss a moment of the action!

In the newest CBS “The Young and the Restless” promo video we see Rey Rosales (Jordi Vilasuso) and Mia Rosales (Noemi Gonzalez) sharing a passionate moment and during that moment Mia will call out Arturo Rosales’ (Jason Canela) name. Rey will be furious and hurt since he has tried to do right by Mia. Rey will take off and go straight to Sharon McAvoy (Sharon Case) where he will declare that his marriage is over and will confess his feelings for her. They will say “I love you” to each other. Do you think they will become a couple?

Meanwhile, Nikki Newman (Melody Thomas Scott) will not want Victor Newman (Eric Braeden) to take the fall for what she has done and will confess to killing J.T. Hellstrom (Thad Luckinbill). Once they come to take Victor away Nikki will know what she has to do and confesses even though she does not give the authorities the full truth. Rey Rosales’ will not buy her story and will want to prove the others are involved when she tries to cover for them. Do you Y&R fans think Rey will find more evidence to put all four ladies away?

Next week on #YR, Kyle spends time with Summer, things get heated between Mia and Abby at a party, and Rey confronts Sharon. pic.twitter.com/0pRT4DQFsN

For The Other Residents Of Genoa City …

As you can see we have a very eventful week coming up, so make sure to stay tuned to CBS’s “The Young and the Restless”. Don’t forget to check often with Soap Opera Spy for all your latest spoilers, news, updates, and much more!