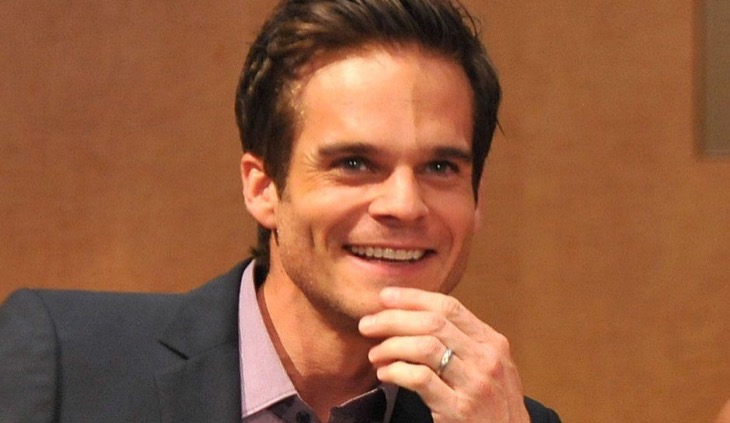 Days of Our Lives spoilers tease that “Lascivious Leo Starke” (Greg Rikaart) may be leaving Salem and the Days of Our Lives canvas in the next few months. “DAYS” films six months ahead, so we will probably see Leo making mischief for a while. Leo’s alter ego, Greg Rikaart has landed a role on ABC’s “Modern Family” as an OB/GYN named William.

It has not yet been revealed whether the role will be long term or if he will only be making a few appearances, but “Dr. William” will likely factor into “Modern Family’s” pregnancy storyline with character Haley Dunphy (Sara Hyland). There are also rumors of a spin-off based on Haley Dunphy may be in the works, so “Dr. William” may recur on it as well, although currently, the spinoff is only a rumor, and unconfirmed.

Rumor has it Leo may leave Salem sometime in the spring, which could mean anytime between March-May 2019 if going by the seasonal calendar. Whether Greg is leaving the soap for good headed for primetime with the “Dr. William” character has not yet been announced, although many actors have other irons in the fire and work on several different projects at once.

After all the comas I’ve been in, it’s nice to be on this side of the bed. Thanks for the insanely lovely and warm welcome @ModernFam! pic.twitter.com/cHAiSfNYme

It all depends on whether they are contract or recurring, and some have contracts with the networks and cannot jump back and forth between networks. Considering Greg jumped from a CBS soap, “The Young and The Restless” as Kevin Fisher to his role as Leo Starke on Days of Our Lives on NBC, and is now with an ABC primetime show, he probably doesn’t have a network contract, although his role as Leo is said to be a contract role.

Since the current storylines tease he may be the son of John Black (Drake Hogestyn) and Diana Cooper/Colville (Judith Chapman), Leo may return to DAYS for the occasional mischief in between his other projects, including as Dr. William on “Modern Family”!

Young And The Restless – Remember When? The Start Of Katherine Chancellor and Jill Foster’s Epic Feud