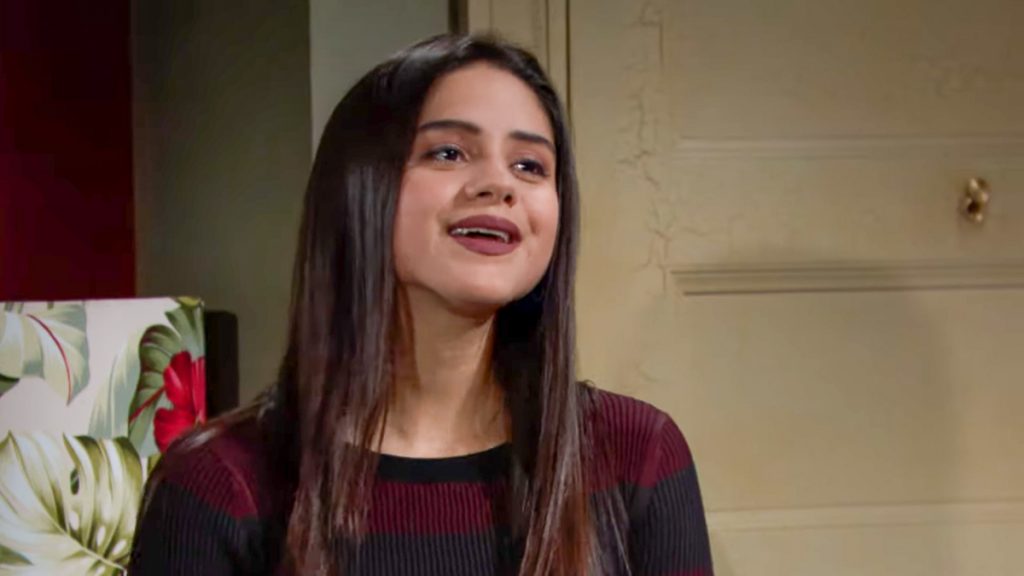 The Young and the Restless (Y&R) spoilers for Thursday, November 7, tease that Jack Abbott (Peter Bergman) will open up to Nikki Newman (Melody Thomas Scott). At Society, Nikki and Jack talk about Nick Newman’s (Joshua Morrow) campaign before the topic shifts to Theo Vanderway (Tyler Johnson). Jack knows it’s a delicate situation since Kyle Abbott’s (Michael Mealor) had a rocky history with Theo. It’s difficult to balance Kyle’s feelings with what Jack wants, which is to embrace Theo as part of the fam.

At Newman Enterprises, Billy Abbott’s (Jason Thompson) reaction to the Katherine Chancellor (Jeanne Cooper) will drama worries Victoria Newman (Amelia Heinle). He rants about Cane Ashby (Daniel Goddard) conning Devon Hamilton (Bryton James) somehow, but Victoria doesn’t want him to get worked up. Billy settles down a bit thanks to Victoria’s kisses and leaves so she can work.

Afterward, Nikki shows up and gets brought up to speed on Billy’s anger. Victoria fears that frustrated Billy’s been triggered by this whole will thing. Nikki talks to Victoria about Billy trying to mow down Adam Newman (Mark Grossman) with his car. She doesn’t feel like Victoria should ignore any worries that are developing.

At the coffeehouse, Theo’s bummed after a phone conversation. His potential client chose to go with a bigger agency. Once Jack gives him a call, Theo acts like he’s checking his schedule before agreeing to meet up. Later, Theo and Jack chat at Society. They touch on the tension with Kyle before Jack brings up Theo’s grandfather, Stuart Brooks. Theo feels like he’s more like his grandmother instead.

Jack notes that he could tell Theo loads of Dina Mergeron (Marla Adams) stories. He ends up divulging a bit about why Dina left the family and gives Theo a file on his newfound relatives. Meanwhile, Kyle manages to smooth things over with Lola Abbott (Sasha Calle) at home. However, she’s adamant that Kyle needs to keep an open mind when it comes to Theo. Kyle just isn’t convinced they can turn a corner.
Young and The Restless Spoilers – Lola Abbott Gives Theo Vanderway Advice

Back with Theo, Lola arrives and spots him reading the file he was given. Theo doesn’t feel like Kyle approves of him being around Lola, but she makes her own choices about who she hangs with. They bond over their similar backgrounds before Lola offers Theo some guidance. She wants Theo to show Abbotts who he really is. Soon after, Theo gets back to his reading material and spots info on the Jabot merger.
Young and the Restless Spoilers – Billy Abbott Does Not Trust Theo Vanderway

The Young and the Restless spoilers: Kyle Gets Bad News – Lola Blindsides Husband By Being Team Theo @celebratesoaps #YR #youngandrestlesshttps://t.co/pJ7nwOtspb

At Jabot, Billy insists he’s suspicious of Theo just like Kyle is. He reflects on Cane conning in the past and starting up again. Kyle thinks he knows exactly who he’s dealing with when it comes to Theo. He suggests Theo’s a nuisance, but Billy’s convinced the guy’s a threat. He doesn’t want Theo trying to take advantage like Cane’s doing.

Later, Billy’s by himself when he puts a stick of gum in his mouth and starts chewing. The Young and the Restless spoilers say Billy’s alternate personality is sure to stir up more trouble! We’ll give you updates as other Y&R news and rumors emerge. Stay tuned to see what’s next in Genoa City.

General Hospital Spoilers – Will Hayden Make A Deal Behind Husband Nikolas’ Back?

The Bold and the Beautiful Spoilers: Hope Triumphant, Ridge Rages At Brooke In All-Out Fight