The Young And The Restless Spoilers: Amanda Stirs Up Trouble For Devon And Elena 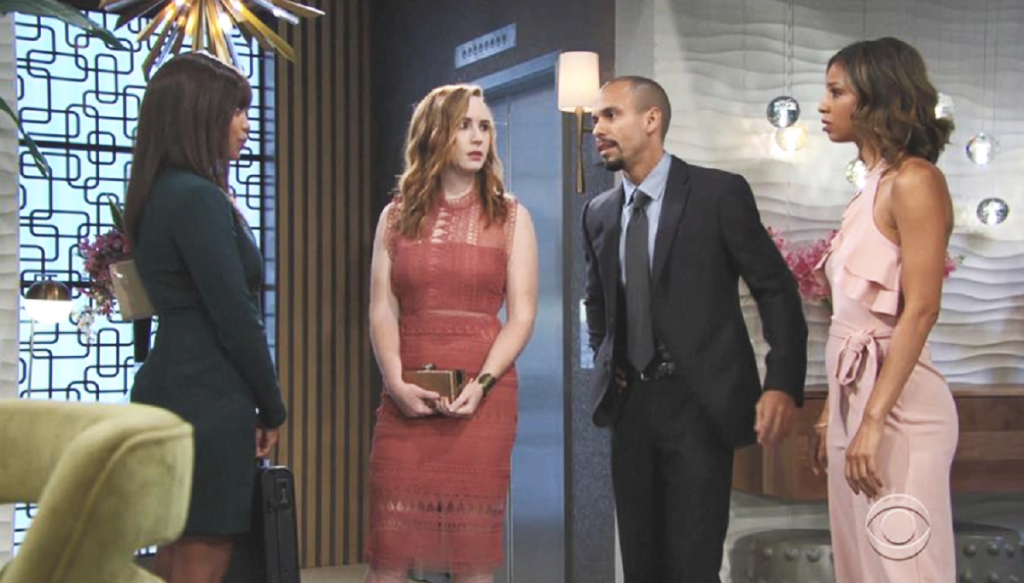 The Young and the Restless (Y&R) spoilers documented that Devon Hamilton’s (Bryton James) life had settled down. He dealt with lingering issues that were related to the tragic passing of his wife and unborn child. That happened because of his love for Elena Dawson (Brytni Sarpy).

However, a stunner arrived in Genoa City, Wisconsin, the other day. Her name is Amanda Sinclair (Mishael Morgan), who’s a dead ringer (pun intended) for Hilary Hamilton (Morgan’s initial role on Y&R).

With Chance Chancellor’s (John Driscoll) full intentions, or possible direction through Adam Newman (Mark Grossman) unconfirmed, it’s hard to tell if Amanda is a purposeful distraction. But the voice mail messages she’s been leaving for an unknown party appear to prove that she wasn’t aware of her identical resemblance to Hilary.

Fans of great actors were thrilled to learn that Morgan rejoined the cast this summer. They were also impressed that the details of her return as a new character were preserved until earlier this month when Amanda arrived at the former Hevon penthouse.

Devon was flabbergasted to see Hilary’s spitting image standing in front of him and not only that, but this “stranger” also had Hilary’s exact voice as well.

Regardless of whatever develops with the challenge to Katherine Chancellor’s (Jeanne Cooper) will, Amanda won’t be leaving town when that matter is resolved. Morgan has a new contract and isn’t going anywhere.

Young And The Restless Spoilers – Did Hilary Hamilton Have A Twin?

Devon and Nate Hastings (Sean Dominic) used the word twin when referring to Amanda’s resemblance to Hilary. Savvy fans were thinking about that type of genetic connection before the dialogue was spoken.

Little is known about Hilary’s backstory, outside of her mother’s brief connection to Neil Winters (Kristoff St. John), which initially provoked Ann Turner’s (Hilary’s real name) revenge plot against the Winters’ family in 2013. That leaves plenty of daylight for Y&R’s writers to re-imagine Hilary’s life and to create one for the character Morgan is now playing.

Amanda could be an unknown twin, half-sister, or cousin of Hilary’s. It would seem boring to simply have Amanda be a look-a-like. An entire arc can be developed where she discovers her own backstory.

Young And The Restless Spoilers – Demanda And Delena Battle Projected

An easy prediction has Devon eventually breaking from Elena to be with Amanda. That would create a new couple’s nickname as well, Demanda. It’s catchy, one has to admit.

But daytime storylines are rarely so linear. Plenty of drama and twists make the seeming future triangle between Elena, Devon, and Amanda purely a guess. Such is great soap.

Stay tuned to The Young and The Restless and keep checking Y&R spoilers frequently for all the latest news, updates, and developments!

The Bold And The Beautiful Spoilers: Flo’s Instinct Is Right – Sally Discounts Foe — Who Will Win Wyatt’s Heart?

Days of Our Lives Spoilers: Lani Is Shaken By What She Has Done – Does She Accidentally Kill Stefan?