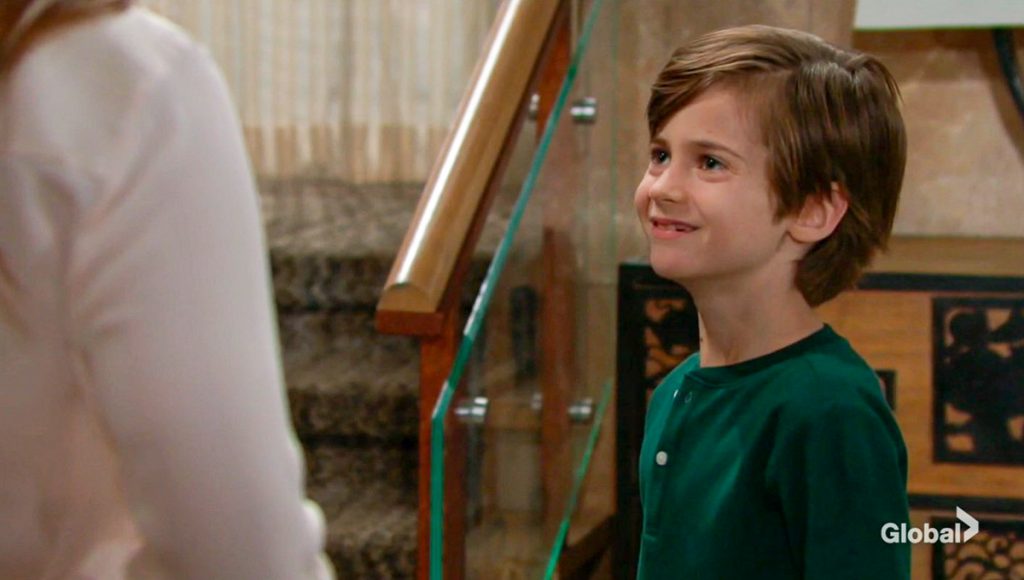 The Young and the Restless (Y&R) spoilers for Friday, December 6, tease that some shockers are on the way. First, we’ve got a programming note to pass along. Due to impeachment hearings coverage, the CBS soap’s schedule was affected this week. Wednesday’s episode was bumped to Thursday, which means the episode meant for Thursday will be bumped to Friday. Of course, we’ll let you know if other scheduling changes occur, but let’s get to some juicy spoilers for now!

Young And The Restless Spoilers: Chance Chancellor Shows Up At The Grand Phoenix

For starters, “Chance” Chancellor (Donny Boaz) shows up at the Grand Phoenix with interesting new for Abby Newman (Melissa Ordway). Later, Abby rages about Phyllis Summers (Michelle Stafford) spying and promises to fire her. Although Chance would love to see that, he has to take off.

Soon after, Phyllis arrives and gets an earful from her angry partner. Abby insists that Phyllis was digging for dirt by snooping with her security system. Phyllis grumbles about Chance being behind the accusations. She doesn’t think she did anything wrong as the head of security. Abby disagrees, bans Phyllis from the premises and tells her to get out.

Phyllis pipes up that she’s got a suite in this hotel, which was her baby. She winds up trading barbs with Abby about their disastrous love lives before she heads for the exit. However, Phyllis vows to be back before she goes. Next, Chance reappears and learns Phyllis is no longer employed at the Grand Phoenix. Talk turns to the jewelry robberies, so Chance suggests he’s been mulling over some theories.

Abby flirts with Chance a bit and asks him out, so he agrees to have a drink with her. Later, Chance runs into Abby and accidentally scatters the content of her purse. He sees the stolen jewels and suggests that drink will have to wait. It looks like Abby was either running a scam to push Phyllis out or has been set up herself. Regardless, Chance is going to want some answers from the jewelry thief!

At Society, Nick Newman (Joshua Morrow) listens to Devon Hamilton’s (Bryton James) troubles, so Devon returns the favor. Nick confesses that Chelsea Lawson (Melissa Claire Egan) moved in with Adam Newman (Mark Grossman). Devon gets that it must be tough for Nick and wonders how long he can go on like this.

Once Devon is gone, Phyllis joins Nick and briefly complains about Abby firing her. She eventually lets Nick vent about Adam manipulating Chelsea through Connor Newman (Judah Mackey). Phyllis doesn’t deny that some interference is going on, but she hints that maybe it’s for the best. She asks if Nick’s sure he isn’t better off without Chelsea?

Nick rushes to Chelsea’s defense as usual and notes that Phyllis is being manipulated by Adam as well. Phyllis insists that’s not true. She argues that she’s making her own choices and so is Chelsea. Phyllis notes that Chelsea chose to move in with Adam and isn’t making Nick a priority in her life. She mentions Chelsea’s pattern of deceit, so Nick acknowledges that it’s like Adam’s. Before Nick leaves, Phyllis urges him to get out before this costs him more than it already has.

At Adam’s penthouse, Connor eavesdrops as Chelsea and Connor discuss doing whatever it takes to help him. After Sharon Newman (Sharon Case) arrives, Connor’s parents leave him to chat with her. He points out that he’s found a way to get rid of the monster and shares his chant: “Can’t beat three. Mom and Dad and me.” Sharon’s surprised that it works, but Connor indicates that he’s got this and there’s no need for Sharon to visit anymore.

Young And The Restless Spoilers: Adam Newman Frets About The Monster Inside Of Connor Newman

At the coffeehouse, Adam frets about this monster inside of Connor. He worries it’s something Connor inherited, but Chelsea doesn’t think so. She defends Adam’s actions as a response to Victor Newman’s (Eric Braeden) behavior and assures him they’re going to help Connor feel better.

Later, Sharon fills Chelsea and Adam in on how Connor thinks they’re the best medicine. After she heads out, Connor’s ecstatic about “Chadam” family time – which will consist of watching sports and eating junk food. In a moment by themselves, Adam and Chelsea are pleased by the progress Connor’s made. They hope this is a turning point, but they want Sharon to keep working with their son.

On the staircase, Connor whispers for Sharon to go away and repeats his chant of “Can’t beat three. Mom and Dad and me.” It sounds like Connor’s issues are getting a little disturbing! The Young and the Restless spoilers say some great twists and turns are brewing, so we’ll give you updates as other Y&R news and rumors emerge. Stay tuned to see what’s ahead in Genoa City.