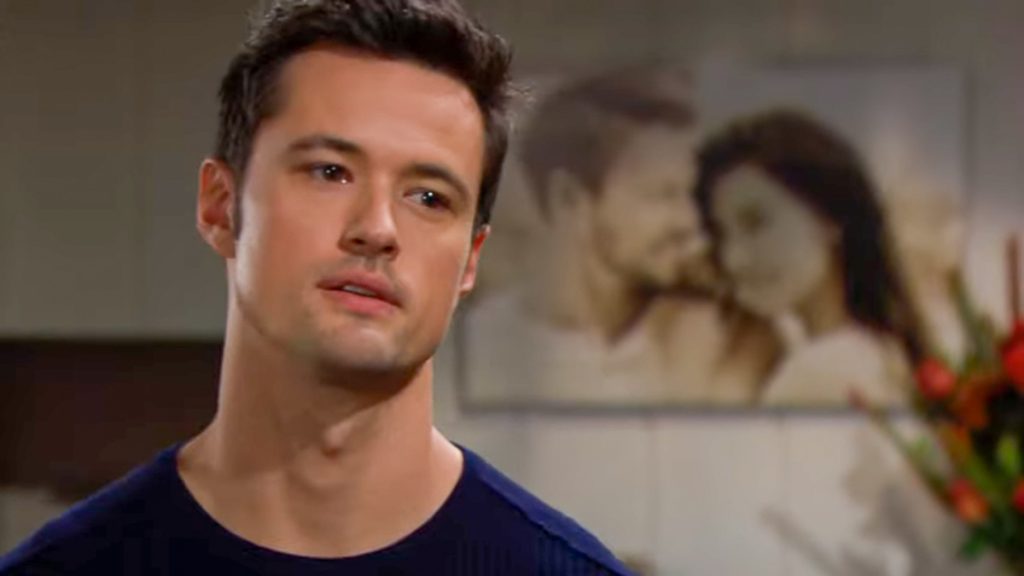 The Bold and the Beautiful spoilers for Thursday, December 5, tease that Liam Spencer (Scott Clifton) and Thomas Forrester (Matthew Atkinson) will have words. As B&B viewers know, these two don’t care for each other, and it seems that they’ll find themselves in the same vicinity on Thursday’s B&B episode. It will be Thanksgiving, and it looks like they might find themselves together since Douglas Forrester (Henry Joseph Samiri) will need to be dropped off at the Forrester mansion for the holiday celebration.

But however it happens, the two men will find themselves together, and after their verbal confrontation, B&B spoilers say that Thomas will decide to up his game against Liam. This will probably involve Thomas’ desire to get Hope Logan (Annika Noelle) for himself. As B&B viewers know, Thomas wants nothing more than to embark on a relationship with Hope, and as he recently told Steffy Forrester (Jacqueline MacInnes Wood), he’d like that to happen “organically” over time.

Of course, for that to happen, he’s going to have to spend time with Hope going forward, so he’ll need to finagle some alone time with her. And during his spar with Liam, it looks like Liam will mention that Hope is planning to retire from Forrester Creations in order to spend more time at home with Beth Spencer (River Davidson and Madeline Valdez). That will apparently give Thomas a bright idea.

According to ongoing B&B spoilers, Thomas will decide to make it his mission to get Hope to come back to Forrester Creations – that way, she can spend time together with him in the absence of Liam. He’ll try to persuade her to come back and work with him on the Hope For The Future line – something that he knows will pique Hope’s interest. And B&B spoilers say that he’ll even enlist Douglas’ help to get Hope to agree to the plan.

Meanwhile, on Thursday’s new episode of B&B, Steffy will have a confrontation of her own with Hope. As B&B viewers know, Hope recently kept a horrific secret from Ridge Forrester (Thorsten Kaye) about Thomas. Hope thought that she had killed Thomas after accidentally pushing him into a vat of what she believed was hydrofluoric acid. As it turns out, Thomas was fine, but Hope went an entire day without telling anyone what happened.

And worse, Hope kept what happened from Ridge, even though she had a direct conversation with him in the hours after Thomas’ supposed death. According to B&B spoilers, Steffy will decide that it’s time that she and Hope discuss what happened. Steffy will appear at Hope’s cabin and confront her about “killing” Thomas then failing to report it. Hope will have some explaining to do but she’ll probably point out that she was scared and didn’t know what to do.

Steffy may also call out Hope on her adoption of Douglas. Steffy has been pretty clear thus far that she’s not a fan of Hope being Douglas’ adoptive mother, so the women may argue about that as well. At any rate, B&B viewers can look for a feisty exchange of words here, as Hope and Steffy try to hash things out.