The Young And The Restless Rumor: Phyllis Setting Up Stolen Jewelry Scenarios – Proves How Much They Need Her Or Setting Abby Up? 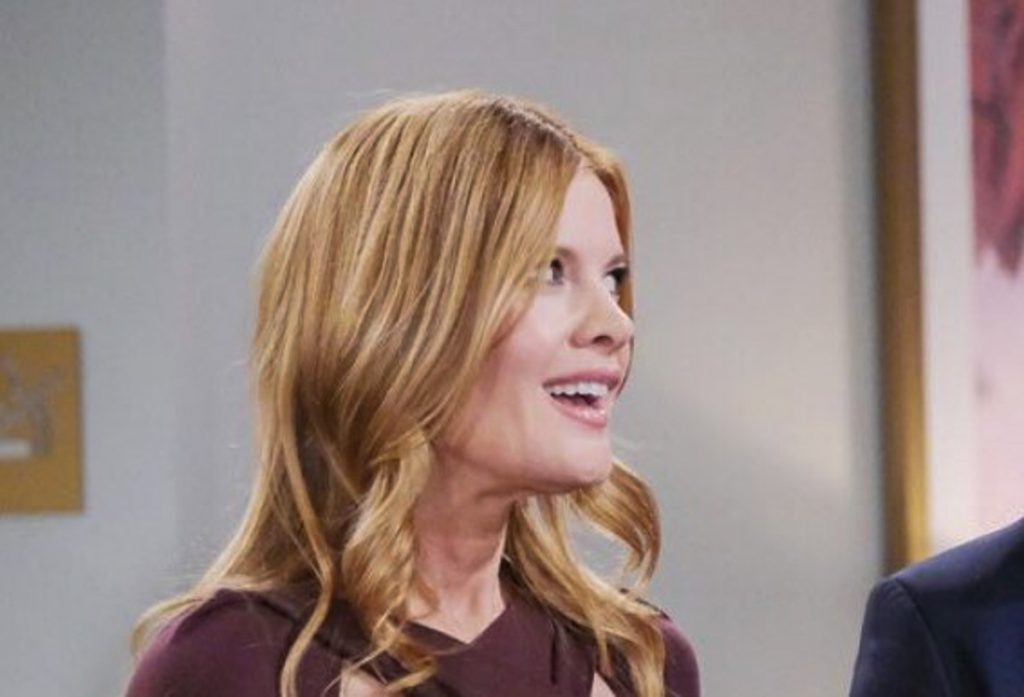 The Young and The Restless spoilers tease that there may be more than meets the eye behind the recent robberies at The Grand Phoenix; could Phyllis Summers (Michelle Stafford) be setting up the stolen jewelry scenarios to prove how much The Grand Phoenix needs her, or could Abby Newman (Melissa Ordway) be trying to set up Phyllis?

Y & R viewers will recall from several episodes ago that after the Simon Black (Jeffrey Vincent Parise) incident was defused thanks to Chance Chancellor (Donny Boaz) being in the hotel, that Abby and Phyllis got into an argument and Abby tried to fire Phyllis. Phyllis reminded Abby she has a contract and could not be fired.

Then Phyllis was accused of reinstalling her security system software with a backdoor to the wi-fi that would enable her to look into each guest’s room anytime she wanted – which of course, could be construed as a massive invasion of privacy; after all, these are hotel rooms and all kinds of things which require privacy happen within them! Chance had found this problem and advised Abby of it. All of a sudden, boom! Two robberies within two nights! Chance decided to hang around town a little bit longer since he didn’t have an immediate mission to go on and help Abby figure this robbery problem out! After all, the hotel doesn’t need any more scandals!

Y&R Spoilers – Is Phyllis Newman Setting Up The Stolen Jewelry Scenarios To Prove How Much The Grand Phoenix Needs Her?

Phyllis has a contract – but Abby and Chelsea Lawson, (Melissa Claire Egan) could figure out some way to get out of honoring Phyllis’ contract if they really wanted to. Of course, Chelsea really doesn’t have the time or energy to invest in such a scheme, since her little boy Connor Newman (Judah Mackey) is suffering the aftereffects of the hostage crisis.

He was already traumatized and then nearly seeing his father shot in front of him after thinking his grandfather was dead and he really wasn’t is messing up his little mind, and Chelsea is even having to move in with his father, her ex-husband Adam Newman (Mark Grossman) to help their little boy heal! Abby spoke disdainfully of Phyllis’ security system and her abilities as head of security, and it’s possible that Phyllis may be setting up these stolen jewelry scenarios herself to prove a point; that she is indispensable!

Young & The Restless Spoilers – Could Abby Newman Be Setting Up The Stolen Jewelry Scenarios To Set Phyllis Summers Up?

Back to that pesky employment contract Phyllis has, could Abby be setting up the stolen jewelry scenarios to set Phyllis up to be able to fire her for gross non-ability to perform the job she was hired for? That may be one way to void the contract and get rid of her! She likely would have had to hire an IT person or a hacker to do it, but it’s possible.

Abby actually did Phyllis wrong to begin with when Phyllis originally owned The Grand Phoenix and Abby and Chelsea found a way to buy her out without her knowledge, but Phyllis couldn’t do anything about it – except force them to hire her as their head of security. Another question is, would Abby do something like this? Well, she is the daughter of Ashley Abbott (Eileen Davidson) and Victor Newman (Eric Braeden), so it is possible she inherited those sneaky genes from both sides!

Source: The Young and The Restless Rumors and Storyline Predictions

The Bold and the Beautiful Spoilers: ‘Bridge’ Trying To Survive – Ridge’s Passionate Plea and Brooke’s Demand