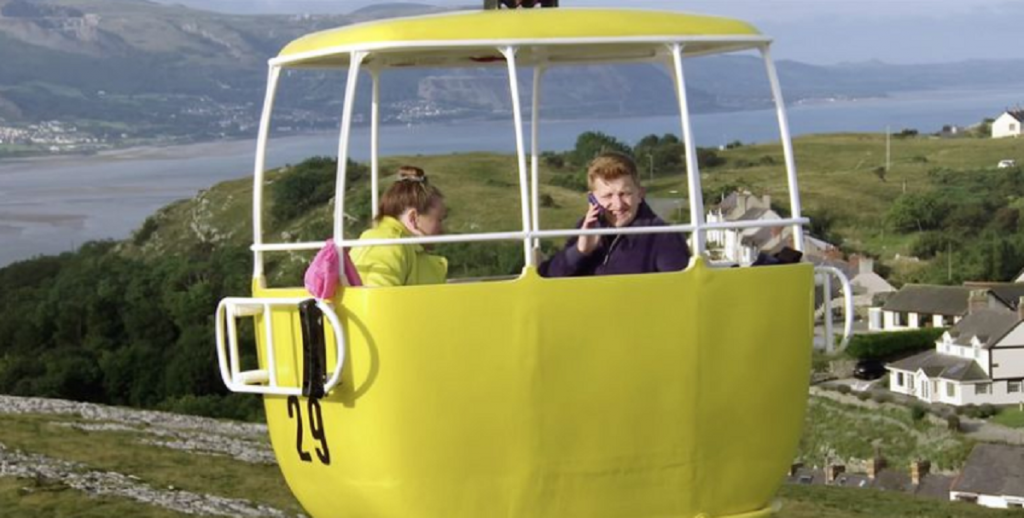 Coronation Street spoilers reveal Daniel Osbourne (Rob Mallard) makes a shocking announcement after his wife’s death. Gemma Winter (Dolly-Rose Campbell) will give birth to her quadruplets 80 feet in the air. Plus, one character faces criminal charges and much more. Keep reading to find out what is happening on Corrie during the week of October 28.

Following Sinead Osbourne’s (Katie McGlynn) death, Daniel will continue to struggle with how to go on without her. On the one hand, he is grieving and still feeling guilty about his betrayal with Bethany Platt (Lucy Fallon). He shocks others in his life when he announces that he and his young son, Bertie, are going to Scotland.

However, Bethany can’t run away so easily. But she wishes that she could. After loved ones find out about Daniel and Bethany’s kiss, people come after the young woman for her scandalous smooching scene.

Coronation Street spoilers tease that Gemma will finally give birth to her quadruplets. However, she never expected for labor to hit her while she was in a cable car! Preview photos on iTV’s official website shows that the character gives birth while sky-high in the air.

However, the babies will reportedly be just fine, despite their surprise delivery.

Imran Habeeb (Charlie De Melo) gave David Platt (Jack P. Shepherd) a warning. He said that there was videotape that points the finger at David in the stabbing of Josh Tucker (Ryan Clayton). After discovering this revelation, David begs Abe Crowley (Liam Boyle) and Tez to reveal the truth about what happened.

Affairs of the heart take a dark twist this autumn as Gary Windass makes his presence felt, overshadowing more than one relationship.

However, neither of them are going to say a word. This leads to David being officially charged with attempted murder.

Corrie spoilers tease that there is a sliver of hope when Josh begins to come out of his coma. However, he isn’t going to be honest either. In fact, he frames David for murder, even though Josh’s victim actually saved his life.

Which storyline are you looking forward to the most? What do you think of the current spoilers that have been released? What are your predictions on what will happen in the upcoming week?