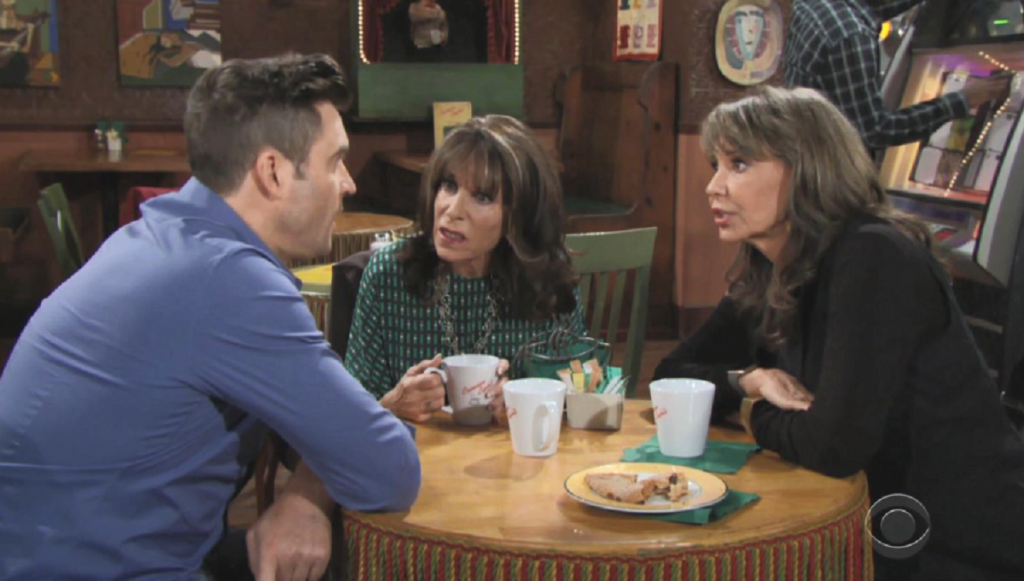 Cane Ashby (Daniel Goddard) was led to believe that he was Katherine Chancellor’s (Jeanne Cooper) rightful half-heir on ‘The Young and the Restless’.

Colin Atkinson (Tristan Rogers) is believed to have orchestrated an early Halloween hoax that involves Katherine’s purported real will pages. Maldives is the exotic setting that Colin is known to have cherished and also where the envelope that contained the supposed real will pages originated from.

Young And The Restless Spoilers – What About The Document Specialist?

Anyone can be wrong, or bought off, as viewers will come to know. So the specialist Jill hired to determine the validity of the pages Cane was forcibly given in Las Vegas, Nevada, is either on the take, may have been misled, or simply made a mistake.

Seasoned soap fans knew two points as this arc was evolving. It felt like it was going to fast and the knowledge of Goddard’s cast exit was also sadly in mind.

Goddard is a solid and likable actor who’s been part of the cast since 2007. His alter ego has a checkered past, which Devon was frequently referencing as he was trying to decide how, or if to relinquish Katherine’s fortune.

The latest return of Christel Khalil (Lily Winters) is apt, as ‘Lane’ was one of Y&R’s top couples in modern times. Last year’s breakup wasn’t Lily and Cane’s first, but it seemed to be final.

Now, with Goddard exiting as Cane, fans are wondering if an uplifting personal story is being presented that allows ‘Lane’ to be repaired.

Goddard, as is true of other actors who are no longer on regular contracts, could become a recurring, or even occasional player, thereby allowing Lily and Cane to be seen from time to time. No matter what decisions have been made in this regard, they could always change, leaving his return viable in whatever form.

As long as Jill and Cane have definitive proof that Colin did lead a scam, then they’ll need to call him out. Cane will want to handle this issue delicately, so that Devon, Lily, and other Genoa City, Wisconsin, residents don’t believe that he was involved in his father’s attempted money grab.

This evolving plot is being delivered as part of Goddard’s farewell. Here’s hoping that this daytime stalwart, whose passionate social media interaction always reaffirms just how much he values soap fans, is given a fitting sendoff and also one that allows for Cane’s reprisal at whatever point in the future.