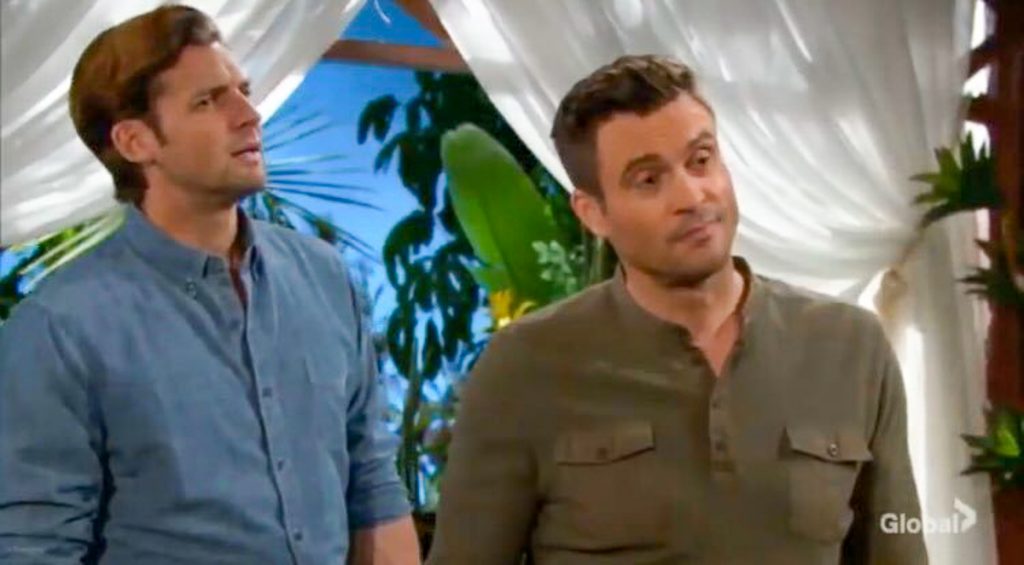 The Young and the Restless spoilers document that Devon Hamilton (Bryton James) will deal with a full reversal this week. The two and a half billion dollar inheritance he received from Katherine Chancellor (Jeanne Cooper), following her death in 2013, was suddenly and strangely challenged this year.

Now, Devon’s often-times nemesis, Cane Ashby (Daniel Goddard), is revealed as being in cahoots with his father, Colin Atkinson (Tristan Rogers), to trounce on Katherine’s last wishes. The fallout from this scheme creates intense drama and Goddard’s write-out from Y&R.

Young And The Restless Spoilers – The Greatest Character Of Them All

With all due respect to Victor Newman (Eric Braeden), Katherine was and remains the greatest Y&R character of them all. Few question that Cooper was also the show’s greatest actor, as her range was incomparable and she never failed to captivate the audience across her four decade run.

Considering her importance within this town and how she forgave the lie he told about his genetics upon initially arriving in GC, Cane’s choice to throw in with his father is very disappointing.

Devon isn’t perfect, as he readily admits. But James’ character thought that his paternal grandmother’s choice to tap him as her lead heir was a message to spread good across the world.

The various business and philanthropic endeavors Devon has been pursuing have intended to promote a specific vision. He’s following in his adoptive father’s (Neil Winters, Kristoff St. John) footsteps and also reconnected with his biological father (Tucker McCall, Stephen Nichols) recently when attempting to gain insight into the past. Both men represent positive influences, which stand in contrast to Cane’s revealed choices.

Goddard alerted his social media followers in October that he no longer was on a regular contract at Y&R. Whether he’ll be given a recurring deal in the future, or returns at some point isn’t known. So, this week could be the last time fans see his embodiment of Cane.

Goddard was the only actor to ever fill this role, with his debut occurring in 2007. His work individually and with Christel Khalil (Lily Winters) in particular was always excellent.

While it doesn’t seem that Cane is riding off into the sunset with his head held high, Goddard can be proud off all that he’s accomplished in daytime and in connecting with so many soap fans. Here’s wishing him well in whatever his future endeavors are within the industry and in life.