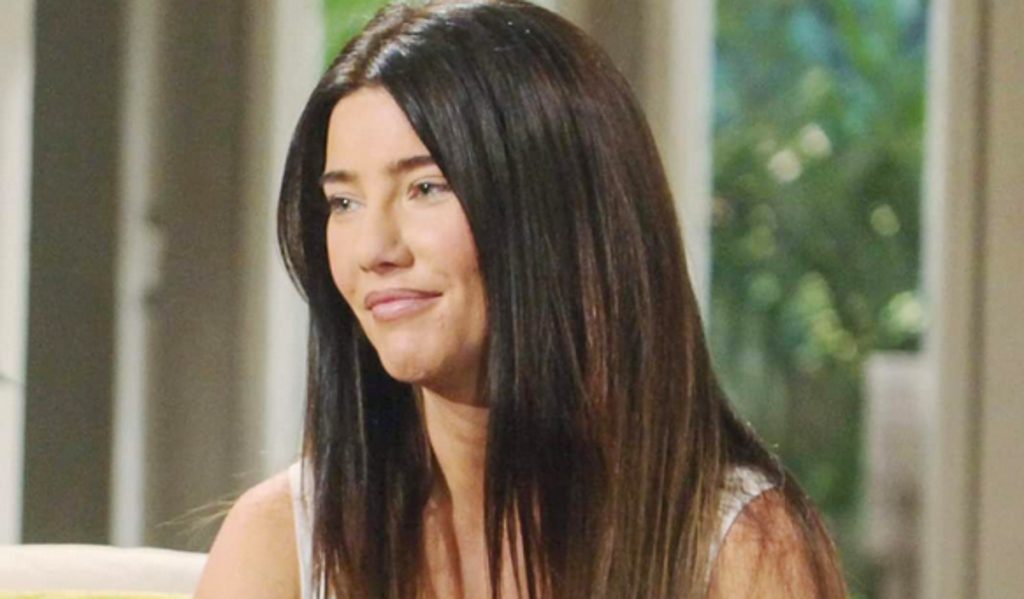 The Bold and the Beautiful (B&B) spoilers tease that Steffy Forrester’s (Jacqueline MacInnes Wood) love life will take center stage in the weeks ahead. She has been waiting for Liam Spencer (Scott Clifton) to decide she is the woman for him.

The minute that the truth came out about Beth, Liam left her side and moved back in with Hope Logan (Annika Noelle) It was something that hurt Steffy. Here’s what to expect on B&B in the weeks ahead.

Bold & The Beautiful Spoilers – Steffy Forrester Has Had A Rough Year

This hasn’t been a good year for Steffy. She started the year on top of the world when she adopted Beth and she became part of her family. She later learned that her adoption was illegal and the baby she thought was Phoebe was actually Liam and Hope’s daughter Beth.

And, when that came out, Liam left her side to bond with his daughter. It led to her feeling abandoned by Liam once again. Only this time, something clicked for her. She realized that Liam no longer is someone she wants to be with, and they are better off as friends.

With her completely over Liam, Steffy is ready to move on with a new relationship. The B&B fans saw this when she revealed to Liam that she joined a dating app and she is interested in finding someone to date.

There is a male shortage on B&B so they will have to bring another man on the show for Steffy. The newest buzz is Y&R’s Daniel Goddard could be joining the cast as Steffy’s new love.

The actor’s last day on Y&R is Tuesday, so this theory could be true. He might make the perfect match for Steffy and could make her forget all about Liam.

We all know Liam will suffer from jealousy when he sees his ex moving on with her life with a new man. It could drive a wedge between Hope and Liam, especially since Hope has some drama with Thomas Forrester (Matthew Atkinson) regarding Douglas Forrester’s (Henry Joseph Samii) custody.

Would you like to see Steffy move on with a new man? Don’t forget to come back later for more The Bold and the Beautiful (B&B) spoilers, news, and casting updates!