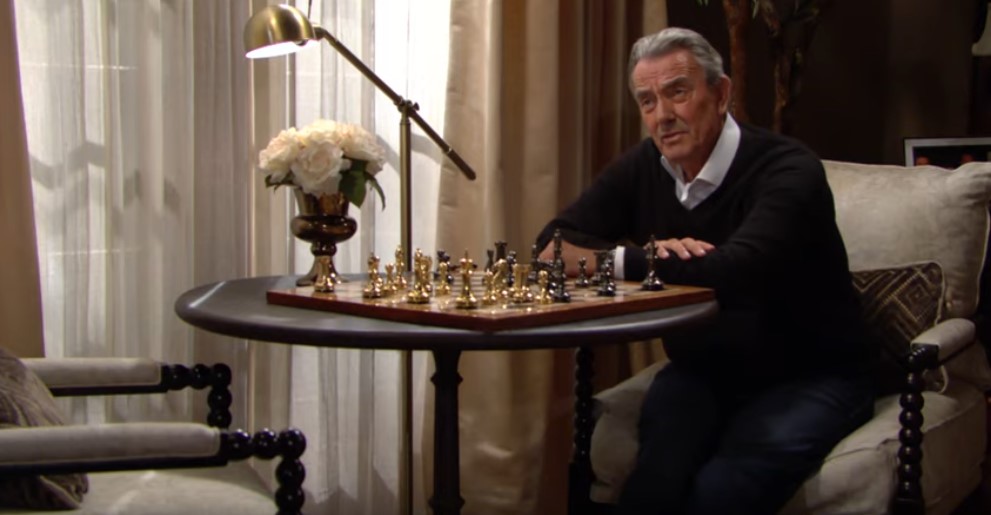 Victor Newman (Eric Braeden) is the wronged party on The Young and the Restless. Not, Adam Newman (Mark Grossman), as this character so often spouts.

Trying to neutralize one’s father by upping the dosage of his rare blood disease medication represented a criminal act that deserves to be legally punished. But Victor is attempting to exact his own form of justice as part of a plan to help his son.

Adam’s victim mentality has been on full display for many years, with momentary periods of introspection One of those glimpses is being seen through the grief-stricken scenes where he’s expressed genuine regret for what’s happened, along with the shedding of true tears. As Phyllis Summers (Michelle Stafford), the only person he thinks knows what happened saw, Adam didn’t feel compelled to turn himself in to the authorities though.

Once exposed it seems very likely that Adam will take all that’s happened as vindication of his point of view. He’ll see yet another pile-on by the Newman family mob.

Knowing who Victor is and how he operates allows viewers to understand where the ‘Moustache’ is coming from. Sure, many people would have turned Adam in once his diabolical actions were exposed.

But Victor is not a member of the regular population. So, he decided to fake his death in order to teach his misguided and deeply dangerous son a lesson.

The various flashbacks Adam is having may serve a good purpose. Instead of him solely wallowing in what yesterday should have brought, Grossman’s character has also expressed potential.

Of course, he’ll be expected to mix relief with outrage once Victor reveals himself as alive. But Adam might surprise everyone and many viewers by turning his life around.

A redemption story would be unexpected, as deep dark Adam has been played, or maybe over-emphasized for many years. But that is a subjective opinion. So, why not soften Adam’s stance at least for a bit due to all that’s happen?

Young And The Restless Spoilers – Staying True To Form

Assuming that Adam doesn’t change, it would be reasonable to speculate that Jack Abbott’s (Peter Bergman) rapprochement with Victor could be short-lived. Jack would seem to be one of the key residents of Genoa City, Wisconsin, who would be inclined to come to Adam’s aid, arguing that Victor’s faux death scheme was far too cruel.

Phyllis will probably side with Adam, because Summer Newman (Hunter King) was kept in the dark about Victor not being dead. Chelsea Newman (Melissa Claire Egan) will also be sympathetic because she and Connor Newman (Judah Mackey) was lied to. Sharon Newman (Sharon Case), who just offered a friendship hand to Adam, will also feel her Newman offspring were wronged as well.

However, everyone, expect Phyllis, who already knows, will probably learn what Adam did with Victor’s pills. That could result in few, if any allies being on Adam’s side, with the victim mask then being tightened.