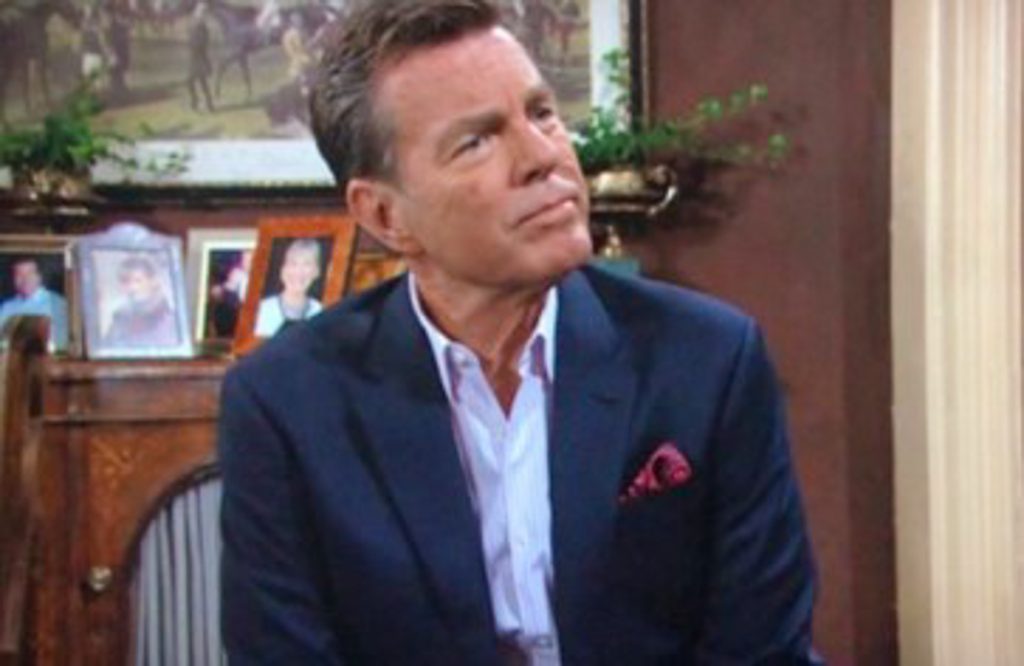 The Young and the Restless spoilers for the week of November 25th thru 29th indicate that Genoa City residents celebrate Thanksgiving, Jack Abbott (Peter Bergman) takes a trip down memory lane, and Cane Ashby (Daniel Goodard) must face responsibility for his actions.

Residents of Genoa City will prepare to celebrate Thanksgiving. At Crimson Lights, Sharon Newman (Sharon Case) will be serving food to the homeless, and they’ll be plenty of people there to help her. We know Rey Rosales (Jordi Vilasuso), Mariah Copeland (Camryn Grimes), and Tessa Porter (Cait Fairbanks) will be on hand. But who else could we see at the coffee house?

Meanwhile, Victor Newman (Eric Braeden) and Nikki Newman (Melody Thomas Scott) will have dinner at the ranch. Nick Newman (Joshua Morrow) and Victoria Newman (Amelia Heinle) will be there with their children. Victor and Nikki will be expecting a peaceful dinner, but their celebration takes an unexpected turn.

Could the unexpected turn have to do with a surprise guest showing up at the ranch? Someone the Newmans aren’t going to be happy to see.

This year the Abbott family will have a lot to celebrate. Jack and his sister Ashley Abbott (Eileen Davidson) made up after they had a falling out last year due to the Jabot CEO position.

The family also welcomed a new member in their nephew Theo Vanderway (Tyler Johnson). Jack has made sure that his nephew is feeling welcomed and he even went as far as to offer Theo a job at Jabot. While Theo is excited about his new job, there’s one person who isn’t. Kyle Abbott (Michael Mealor) isn’t thrilled about Theo being his cousin or coming to work at Jabot. Kyle has done his best to avoid Theo, but it’s going to be hard now that they’re working together.

Another reason the Abbotts has to celebrate is the completion of the family memoir. As Jack reads passages, he reflects on his life. He’s had plenty of memorable moments over the years, including his rivalry with Victor, and his marriages to Nikki and Phyllis Summers (Michelle Stafford).

The Young and The Restless Spoilers: Were Simon Black and Chance Working With Adam To Win Chelsea Back? @celebratesoaps #YR #youngandRestless https://t.co/77Mgs38C7y

He mainly wants to know if Cane was involved in the scam since he’s the one who inherited Katherine’s money. When Cane is confronted this week, he’ll have to come clean about what he knew about his father’s plan.

When the truth finally does come out, this could lead to trouble for Cane. It will also set up his departure from Genoa City.

General Hospital Spoilers: Alexis Determined To Solve Case Against Kendra – While Still In The Hospital