The Young and the Restless (Y&R) spoilers tease that Camryn Grimes, who portrays Mariah Copeland on the CBS soap opera, will appear as a guest star in an upcoming episode of NCIS, which premieres its 17th season on CBS on September 24, 2019.

Mariah Copeland Is The Daughter Of Helen Copeland And Ian Ward

The character of Mariah Copeland was introduced on The Young and the Restless on January 7, 2014, as the daughter of Helen Copeland (Karina Logue) and Ian Ward (Ray Ward), the cult leader of “The Path”.

It was later revealed that Mariah’s birth mother was Sharon Collins, now Sharon Newman (Sharon Case) and she was one of a set of twins stolen at birth by Helen, who was a nurse who delivered the babies. 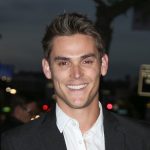 Her twin, Cassidy Ann Newman (Camryn Grimes) unfortunately died in a car accident at the age of 14. It wasn’t until 2014 when Victor Newman (Eric Braeden) hired Mariah to gaslight Sharon that her true identity was learned when Nick Newman (Joshua Morrow) did some investigation.

Mariah first comes to work for Victor in 2014, after he encountered her and was struck at her resemblance to the late Cassie Newman. However, Victor didn’t want Nick and Sharon to get back together, and decided to use Mariah to gaslight Sharon and make her think she was seeing her dead daughter!

Mariah then, under the orders of Victor, showed up at Sharon’s house and overheard a secret that Sharon was talking about and reported it back to Victor. Victor, in turn, demanded that she find out what the secret was and what Sharon was hiding!

Then she started appearing as “Cassie” and demanding she tell her the secret; after a time of this, Sharon grabbed “Cassie” and realized she wasn’t an apparition, and then wound up being hospitalized and given shock treatments!

Nick eventually encountered Mariah and forced her to admit that Victor had hired her to gaslight Sharon, and brought Mariah to the house to prove to Sharon that she wasn’t crazy, and after further investigation found out she was Cassie’s missing twin that Sharon never knew she had, since Mariah grew up in the cult.

On The Young and the Restless in 2014, Sharon eventually forgave Mariah and the two became friends, although off and on, and bonded as a family when she found out the truth about Mariah being her long-lost daughter and Cassie’s twin.

Nick hired Mariah to work at The Underground, to pay Sharon back. Eventually, the three bonded, even though Mariah and Sharon had their ups and downs through the years; she quit. The Underground and eventually became a business executive, a producer, a talk show host, and a fashion assistant.

She now works for Devon Hamilton (Bryton James) along with her partner, Tessa Porter (Cait Fairbanks) who she manages the music career of, often acting as an influencer for Tessa and her recordings.

The exact episode and date of Camryn’s NCIS appearance has yet to be released, so keep watching The Young and the Restless and keep checking Y&R spoilers frequently for all the latest news, updates and developments!