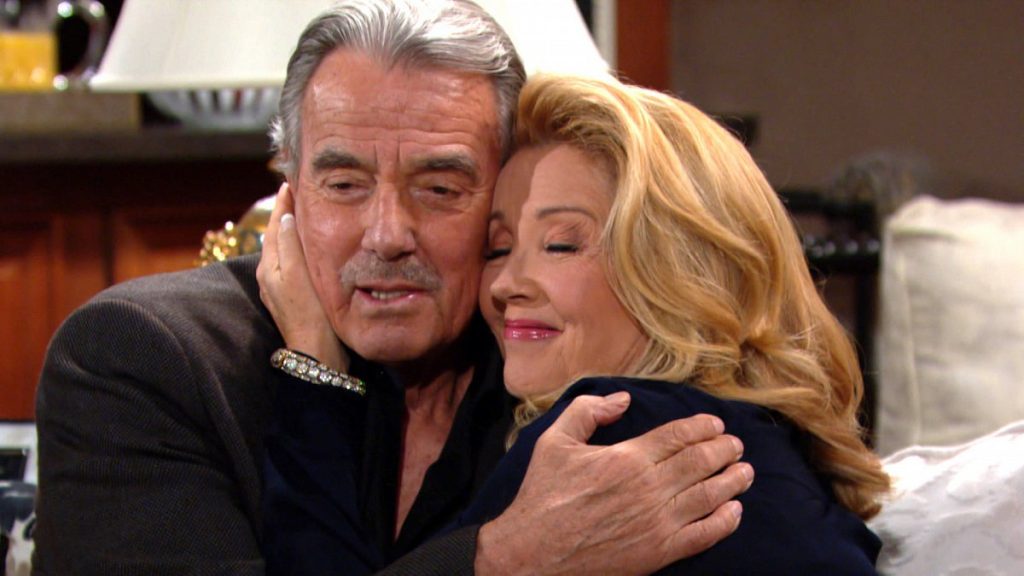 Victor Newman (Eric Braeden) made a call when no one was around on ‘The Young and the Restless’. He waited until Nikki Newman (Melody Thomas Scott) left for the stables at the Ranch. Then, the ‘Moustache’ made contact with one of his multiple security staff employees and told that person to call off the surveillance of Adam Newman (Mark Grossman).

The belief that Adam will never return to Genoa City, Wisconsin, seems, like Victor’s more recent trust in his second-born son, deeply misguided. Reckless would be another way to describe what actually is Victor’s hope.

Victor chooses to believe that the goodness Hope projected exists in Adam and he’s right. But will Adam choose to restrain himself from returning to the darkness, as he’s so often done through the years?

Young And The Restless Spoilers – Vegas Has Its Purpose Right Now

Adam’s presence in Las Vegas, Nevada, is at least somewhat sincere. He left GC and returned to Vegas, in order to stop hurting people. The long list starts with his son, Connor Newman (Judah Mackey), and continues with Victor, before extending further.

Phyllis Summers (Michelle Stafford) trailed Adam to Vegas, because she wants him to go back home. It appears as though he’s resisting Phyllis’ bad influence, although it’s possible that Adam is linked to Chance Chancellor’s (as last played by John Driscoll) challenge of Katherine Chancellor’s (Jeanne Cooper) will.

Victor valued Victoria Newman’s (Amelia Heinle) approach. She laid out her case, made her demand, and because of it, succeeded in gaining the Chief Executive Officer’s chair at Newman Enterprises on what’s being termed a permanent basis.

The founder of Newman is serious in his decision to step back and begin to embrace retirement, as he’s issued a press release announcing Vickie’s ascension to the throne. However, that does give her bad brother, meaning Adam at this moment, an opportunity if he chooses to take it.

Adam seems to have genuinely dropped his plan to take down Newman in leaving GC. But knowing that Vickie is in charge just might convince him that there’s something to be gained from the family business now that their father is no longer manning the helm.

Young And The Restless Spoilers – Father And Son Attempting Transformations

How likely is it that Victor and Adam will create no havoc for the remainder of their days, or engage in no further conflict with each other?

Sure, it’s possible that Y&R is presenting the start of an arc where Victor and Adam are entering a truce period where lasting peace is realized. But the fans won’t be expecting both characters to morph into saints. Drama, including Adam’s coming return to town and Victor’s involvement with the business he built and loves seems probable, but not fully predictable, which is why this is good soap.