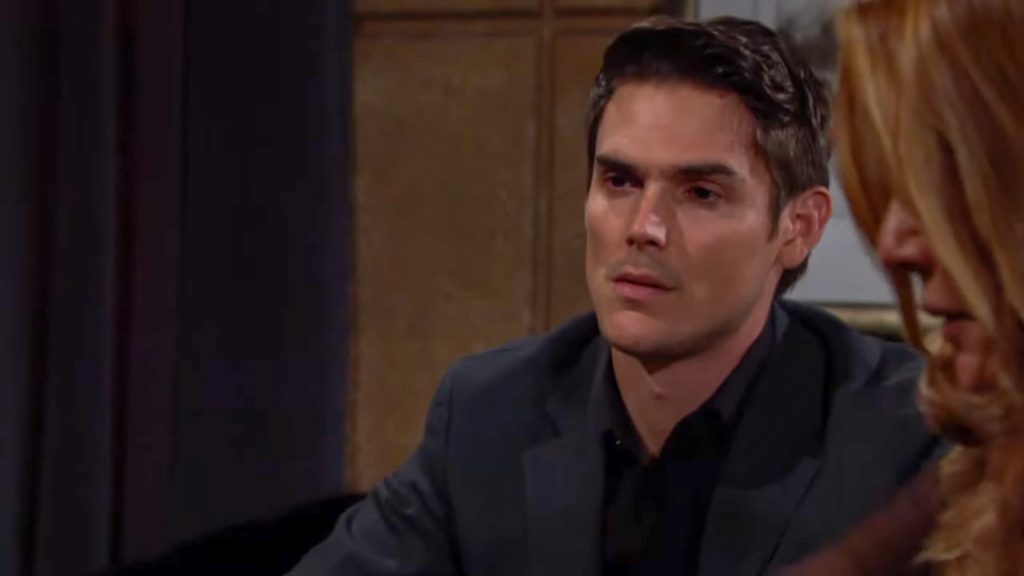 The Young and the Restless spoilers for Thursday, October 10, tease that Chelsea Lawson (Melissa Claire Egan) will have a tough time with Connor Newman (Judah Mackey), whom she had to pick up at school for disruptive behavior.

At Nick Newman’s (Joshua Morrow) house, Connor will yell at him and Chelsea before running out, and Chelsea will decide to call Sharon Newman (Sharon Case). Sharon will come over and opine that Connor might have anxiety about other people leaving him, like Adam Newman (Mark Grossman) did.

Sharon and Connor will talk, and they’ll get along well. Sharon will explain how her daughter Faith Newman (Alivia Alyn Lind) is confused, embarrassed, and upset about being lied to, but Connor will say that he’s not upset. While this is going on, Chelsea will commiserate with Nick at Crimson Lights. Nick will try to reassure her that everything will get better.

Later, Chelsea and Nick will return home and Sharon will say that she and Connor made some progress, although he’s still holding back. Chelsea will be glad to hear that Connor was at least calm, but Sharon will warn about him possibly repressing emotions.

They’ll consider whether Connor is becoming like Adam, and Sharon will say that they can break the pattern. Later, Chelsea will complain to Nick about having to pick up the pieces now that Adam is gone.

Next on Y&R, Kyle Abbott (Michael Mealor) and Summer Newman (Hunter King) will talk at Jabot. They’ll deal with some business first, then they’ll discuss Theo Vanderway (Tyler Johnson). Summer will relay the news about Theo’s firing by Devon Hamilton (Bryton James). Kyle will say that she’ll be disappointed if she expects Theo to change and that she deserves more. He’ll think that Theo is playing her.

Next on Y&R, Theo will chat with Lola Abbott (Sasha Calle) and she’ll learn about his firing. They’ll discuss how Theo got to the point of being fired as he drinks, and she’ll question whether he’s going to just dig himself into another hole after he digs himself out of this one. Lola will switch him to drinking coffee, and she’ll confront him about his pattern of crossing lines, and how it seems like he wants to keep tanking his life.

After a while, Kyle will show up at the restaurant, and Theo will lash out about Kyle being joined at the hip with Summer as of late. Kyle will get peeved and threaten to throw him out. Theo won’t be able to help himself and will mention how he’s gotten to know Lola better over the past few days. Once outside, he’ll watch Kyle and Lola kiss.

Later, at Crimson Lights, Lola will bring up Theo’s firing, but Kyle won’t want to talk about it and just won’t care. Lola will suggest that Kyle cut Theo some slack, as this could finally make him grow up.

Who has Adam's heart on #YoungandRestless?

Read the #YR details below 🔽🔽🔽https://t.co/ER4TKupFsG

Next on Y&R, Cane Ashby (Daniel Goddard) will explain that he’s there in Las Vegas looking for Chance Chancellor (John Driscoll). Adam will wish him luck and say that he can’t help him. When Adam goes off to lock up his winnings, Phyllis Summers (Michelle Stafford) will tell Cane that she’s interested in why he’s looking for Chance.

Cane won’t give up his reasons and he’ll ask what Phyllis knows. She’ll say that she saw Riza Thompson (Tina Casciani) and Chance together before, then she met with Riza who didn’t offer much information.

Adam will then come back and say that Chance doesn’t want to be found. Cane will say that their connection will raise some eyebrows because Cane dropped a bombshell on his family before he disappeared. Phyllis won’t understand Chance being involved in anything shady.

Finally, on Thursday’s new episode of Y&R, after Cane leaves, Phyllis will ask Adam if he was part of that bombshell that Chance dropped on his family. Adam will say he knows nothing about it.

The Bold and the Beautiful Spoilers: Katie Logan Will Be Saved – Flo Makes Redemptive Decision