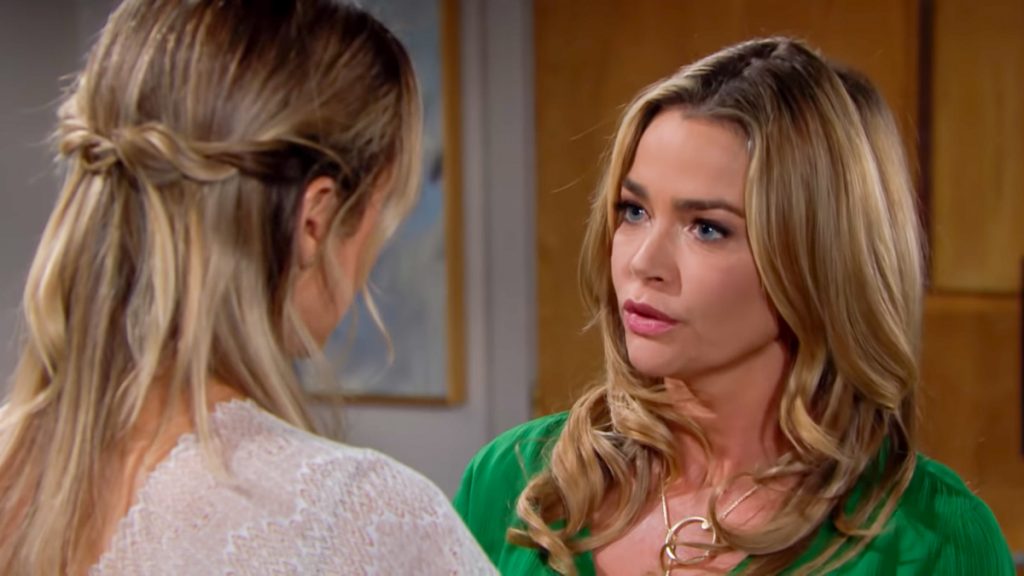 Shauna Fulton (Denise Richards) is a positive parental influence on ‘The Bold and the Beautiful’. As opposed to the misguided advice she offered her daughter regarding the Beth Spencer (Madeline Valdez and River Davidson) matter, Shauna began to redeem herself by encouraging Flo Fulton (Katrina Bowden) to get tested.

Flo’s a donor match for Katie Logan (Heather Tom), which establishes the hoped-for and eventually likely scenario where the Logan’s will express collective gratitude. On this plot point, Shauna means well and has been a positive force.

However, Shauna’s pushy insertion into Ridge Forrester’s (Thorsten Kaye) personal life is flat out wrong. Richards’ charismatic character isn’t shy about expressing her feelings of admiration for the man who helped Flo realize an immunity deal. But trying to come between him and Brooke Logan Forrester (Katherine Kelly Lang) just isn’t right. 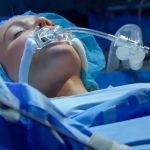 Bold And The Beautiful Spoilers – Flo Fulton Was Conflicted

Flo was conflicted about the Beth-Phoebe situation from the moment she learned the full truth. Pressure from Reese Buckingham (Wayne Brady) and then from Thomas Forrester (Matthew Atkinson), impacted Bowden’s likable character.

Sure, Flo used her free will to remain silent when she should have told Hope Spencer (Annika Noelle) that Beth was alive. Flo could have done the same when Hope took Thomas’ last name as well and didn’t. But many others were intimidated to remain hushed as well for soapy reasons that have since been explained.

Shauna made another prediction. She believes that Flo’s choosing to remain anonymous will one day allow the Logan’s to forgive her.

By not telling Katie that she’s her kidney donor, Flo isn’t using the organ gift as a ploy. Hopefully Shauna won’t tell the Logan’s what her daughter did, as that could be interpreted as part of a plan to win their trust back.

Humility isn’t something that Shauna exhibits, as she’s rather brash. Flo must follow in her dad’s humble footsteps, as was seen when Storm Logan (William deVry) dramatically donated his heart to Katie in the past.

If Ridge were any other guy, the issues would be separate. But they’re not.

Brooke is Katie’s sister an Ridge’s wife. So, Flo’s gift, when realized, will create serious conflict in Brooke’s mind and heart.

Obviously, Brooke will be grateful that Flo made the sacrifice and that Katie’s life was saved. But that won’t alter Brooke’s awareness of Shauna’s intentions toward Ridge.

Maybe Flo’s example will influence her mother, meaning that Shauna will back off Ridge, as Brooke recently demanded she do. While that choice seems unlikely, there’s no way to tell what will happen next on B&B.