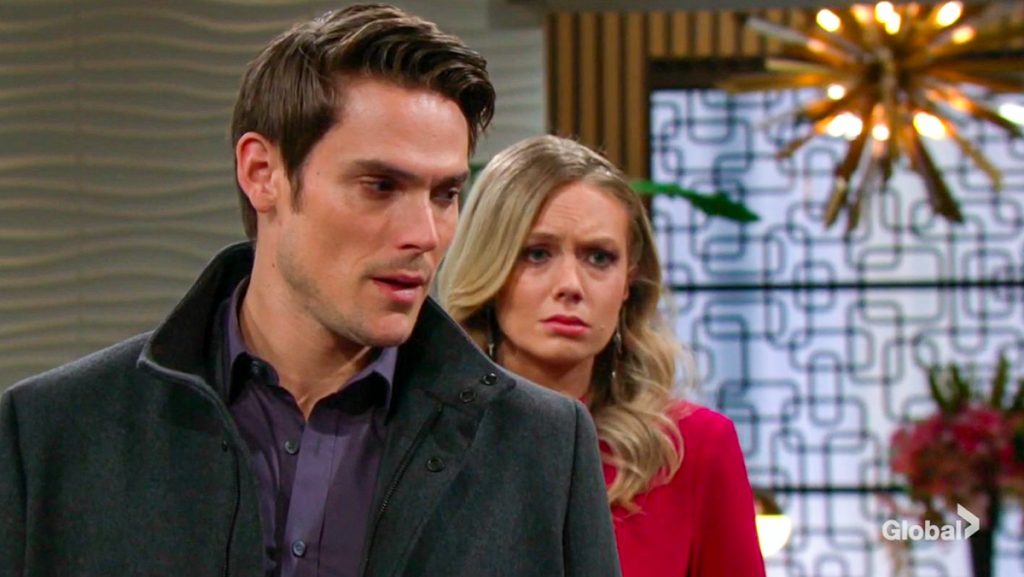 Simon had his gun up to Adam’s chest, and if it weren’t for Chance Chancellor (Donny Boaz) having been on Simon’s trail, along with Chief Paul Williams (Doug Davidson) and Detective Rey Rosales’ (Jordi Vilasuso) expert handling of the hostage crisis, this could have had a much different and definitely grim outcome!

Y&R Spoilers – Sharon Newman Will Probably Be Counseling And Working With Connor Newman, But Dad Will Need Some Post-Trauma Help As Well

Poor little Connor will really be having some nightmares after the scary situation at the Grand Phoenix where his dad came much too close to being killed, and Adam was definitely affected! Sharon was already working with Connor before he moved in with his dad, but now it’s much more serious a situation than it was before. Connor was affected by thinking his grandpa was dead and then he wasn’t, his dad moving and coming back, and now seeing his dad nearly killed by a bad man.

Chelsea is likely still shaking in her boots as well, and child counseling may turn into family counseling! This incident may well make Adam sit up and take notice of how he’s lived his life and how things need to change – and how HE needs to change as well!

While Sharon is helping Connor, Adam will also talk to her about how this close call woke him up and made him realize that he has a second chance at a do-over of his life and himself – he realizes he can’t go back in the past and change things and himself for the better, but he can start working on improvements now. He could have easily died that day in the Grand Phoenix and in a violent manner, and worst of all, in front of his son who is already emotionally scarred by deaths and not-so-deaths, meaning his grandfather Victor Newman (Eric Braeden).

Adam had been through faking his own death and taking advantage of the situation when he crashed off a cliff after he accidentally ran over and killed Delia Abbott (Sophie Pollono) but this is different; he could have died for real! Adam knows he will never be perfect, but he can be better, and today is the first day of the rest of his life!