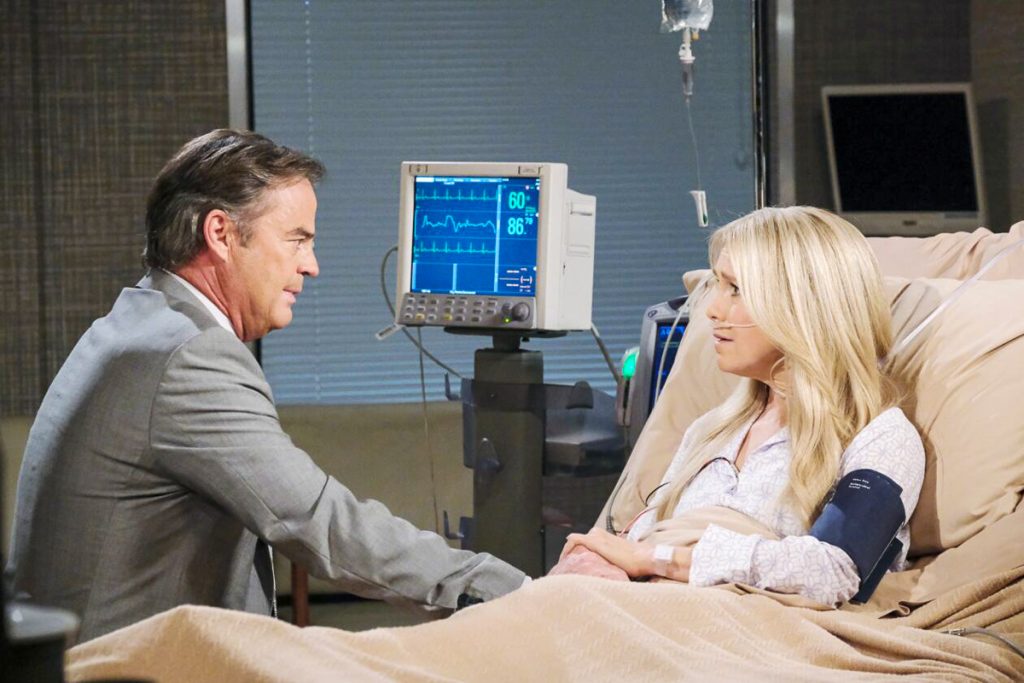 Days of Our Lives spoilers for Thursday, November 21 tease another exciting day of drama and suspense for Days of Our Lives fans! US fans, remember the Trump impeachment hearings may still interrupt the show on Thursday, although there is only a morning session slated. Check COZI TV if you have it or NBC.com or the NBC app after 8:00 PM EST.

Jennifer Deveraux (Melissa Reeves) will receive devastating news from the past year when she is told that Adrienne Kiriakis (Judi Evans) died. There apparently must have been a serious accident and to make things worse, Will Horton (Chandler Massey) is in prison for it. Perhaps Days of Our Lives viewers will find out along with Jennifer more details, and why Adrienne’s death must have been considered intentional, for Will to be serving time for it; we do know from Monday’s episode that she sustained serious internal injuries. 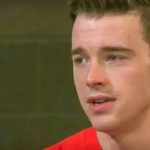 Eric Brady (Greg Vaughan) talks to his father, Roman Brady (Josh Taylor) about some big plans for the future! It has been over a year now since Eric went to Chicago and found Nicole Walker (Arianne Zucker) and Holly Jonas (Scarlett and Harlow Mallory) alive in a farmhouse outside of Chicago after being “confirmed dead” – in Holly’s case, a few months; in her mother’s case, over a year! It sounds like Eric is getting ready to propose marriage to Nicole!

Clyde Weston (James Read) starts putting the screws to Xander Kiriakis (Paul Telfer). Days of Our Lives viewers will recall from previous episodes that Clyde had some of his “outside people” kidnap little Mackenzie “Mickey” Horton (the May Twins) as leverage to get his son Ben Weston (Robert Scott Wilson) out of prison.

Ben had given Clyde too much information and mentioned that he thought Victor Kiriakis (John Aniston) hired Xander to kill his sister, Jordan Ridgeway (Chrishell Hartley), framing Ben and keeping Ciara Brady (Victoria Konefal) safe from Jordan in one fell swoop! Clyde sends Xander a message from a burner phone telling him if he and Sarah Horton (Linsey Godfrey) want the baby back, he is to write out a confession stating that he was the one who murdered Jordan, and deliver it to the Salem Police Department!

DOOL Spoilers – Ciara Brady Takes Matters Into Her Own Hands

Meanwhile, Ciara takes matters into her own hands. Days of Our Lives viewers will recall that she barely missed being caught red-handed breaking into Xander’s secret briefcase as she had it on his desk trying to break into it with a letter opener as he walked into his office in Tuesday’s episode!

Now, with Clyde involved trying to spring his son in his own special way, things could get further complicated with Ciara and Ben’s plan. They could be implicated in all of Clyde’s mess with kidnapping Sarah’s baby and blackmailing Xander to confess! She will have to prove that Xander’s confession is the real thing with no coercion or duress compelling him to write it! Did she manage to find anything in the briefcase before he walked in or after he left?

Spoilers for the Week of November 18th
https://daytimeroyaltyonline.com