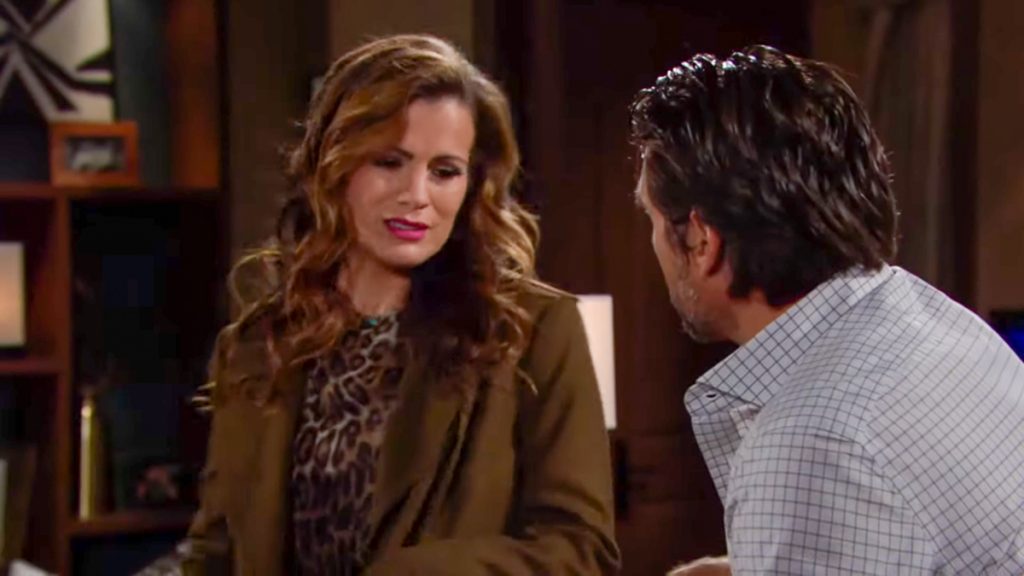 The Young and the Restless spoilers indicate that Phyllis Summers (Michelle Stafford) will plot to take down Chelsea Lawson (Melissa Claire Egan).

As Y&R viewers know there’s a lot of animosity between the two women. Their feud goes back to when Chelsea was embezzling money from Phyllis’ good friend Lauren Fenmore (Tracey Bregman). She wasn’t too happy when Chelsea came back to town and immediately wormed her way back into Nick Newman’s (Joshua Morrow) life.

Phyllis’ anger increased when Chelsea swooped in and took her place as Abby Newman’s (Melissa Ordway) business partner in The Grand Phoenix. But Phyllis eventually worked her way into become partners with Chelsea and Abby at the hotel.

Phyllis has tried to be cordial to Chelsea because of their business partnership and Chelsea’s relationship with Nick. But Phyllis always holds a grudge against those who have wronged her, and it’s only a matter of time before Chelsea gets her payback.

With Simon Black (Jeffrey Vincent Parise) in town and spending a lot of time with Chelsea, Phyllis is going to dig up dirt on them. When Phyllis learns of Chelsea’s money laundering scheme, she’ll waste no time in exposing it to everyone.

Phyllis’ plan will get Chelsea booted from the Grand Phoenix, and it will also lead to the end of Chelsea and Nick’s relationship.

The show has been hinting at a possible reunion with Nick and Phyllis. Despite their troubles, the two exes have remained on friendly terms. Phyllis cares about Nick and she was concerned when he got back together with Chelsea. Even though she tried to support their relationship, Phyllis believed it was only a matter of time before Chelsea hurt Nick.

Now with proof of Chelsea’s lies, Phyllis can now remove Miss Lawson from Nick’s life. Chelsea promised Nick she wouldn’t go back to her con artist ways, but when he learns that she lied, he’s going to be crushed. Chelsea admonished Nick for his lies in Victor Newman’s (Eric Braeden) fake death, and says their relationship should be built on honesty. Now, she lies to Nick and puts their relationship in jeopardy.

With Chelsea out of the picture, Phyllis will finally have her chance to swoop in and win Nick’s heart.