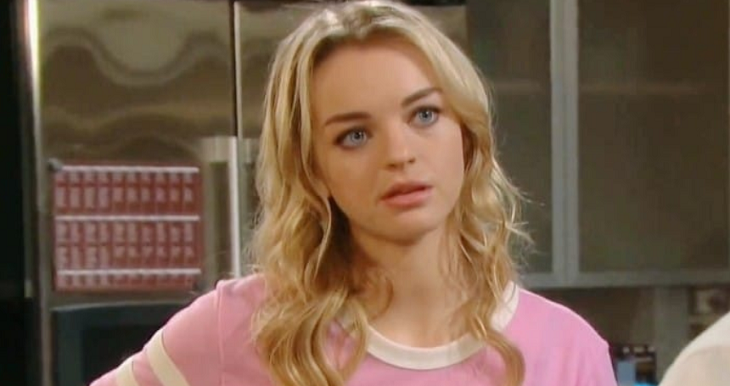 Days of Our Lives (DOOL) spoilers tease that Ben Weston (Robert Scott Wilson) hummed the tune from Claire Brady’s (Olivia Rose Keegan) phone for Marlena Evans (Deidre Hall) after his session with her. When Marlena heard Claire’s ringtone, she questioned the tune and Claire explained it was one of her songs. Did Marlena recognize the tune as the one Ben hummed to her?

Claire started to confess to Marlena possible about the cabin fire when Tripp Dalton’s (Lucas Adams) call interrupted them. Marlena knows it was something serious that Claire was ready to tell her, but the moment passed, and Claire brushed Marlena off and ended the conversation. DOOL spoilers reveal that Marlena is still curious about Claire’s supposed confession, will she ever get the truth out of her?

Days of Our Lives spoilers state that Will Horton (Chandler Massey) threw Marlena when she stopped by his hospital room. Marlena had no idea that Will had been admitted, and he explained that he needed time to figure out how to tell his grandmother that he is dying from a benign brain tumor.

Marlena was visibly thrown by Will’s news, and the conversation with Claire probably flew out of her head. Will Marlena realize later that the ringtone is the tune that Ben was humming?

Ben Weston wants a new session with Marlena because he remembered the music. However, now, Ben had heard Claire’s ringtone and knows that is what he heard on his way to the cabin. Will Ben contact Marlena and alert her to where the tune came from and even warn Marlena that Claire could hurt both Tripp And Haley?

DOOL Spoilers state that Ben will be forced to hunt Claire down when she sets the cabin fire in an attempt to kill both Tripp and Haley. Will Ben stop Claire from murdering Tripp and Haley and get her the help she needs?

Days of Our Lives Claire will be caught red-handed attempting to murder two people. It doesn’t matter that one of them is being hunted down by ICE officials so she can be deported.

However, will Claire face prison time or be forced to undergo medical treatment to deal with her issues? Will Eve Deveraux (Kassie DePaiva) try to protect Claire when she knows Claire started the fire that almost killed Ciara Brady (Victoria Konefal) as well? Will Claire get the help she needs before someone dies at her hands?