The Young and the Restless Rumor: Nikki Killed Delia – Not Adam Newman? 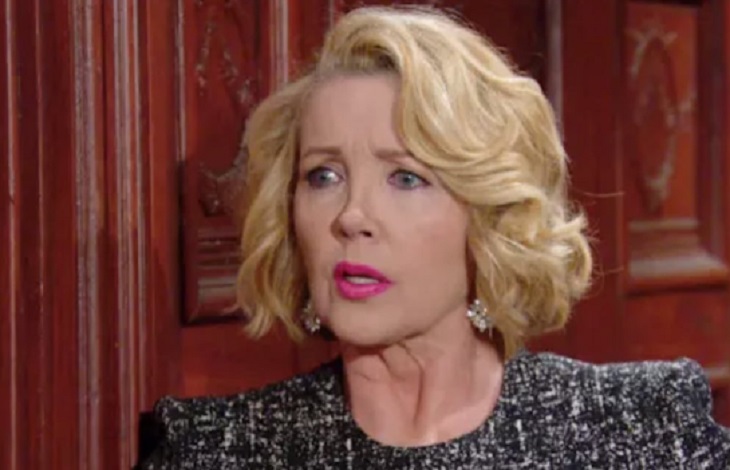 Adam Newman (Mark Grossman) was believed to be the driver who ran over Delia. On that fateful night, Delia had jumped out of the car to go chasing after her dog, while her dad Billy Abbott (Jason Thompson) was in the store. The next scene showed Adam swerving to miss the dog and his car pulling off to the side of the road.

It never showed Adam hitting Delia and he couldn’t remember anything from that night, but Delia’s scarf was tucked under his car. That piece of evidence is what convinced viewers that Adam was the driver.

However, with Chloe Mitchell (Elizabeth Hendrickson) back in Genoa City, the topic of Adam’s involvement is being brought up once again. Many fans feel that the case may be reopened and new evidence will prove that Adam wasn’t the driver.

Young And The Restless Spoilers – Who Really Ran Over Delia

One suspect happens to be another member of the Newman family, Billy’s mother-in-law Nikki Newman. If fans remember correctly, Nikki was at Chancellor Park earlier in the evening, then she was later shown in her car. Yet, Paul’s investigation quickly dismissed Nikki as a suspect because he didn’t find any damage to her SUV.

Victor Newman (Eric Braeden) is known to go to great lengths to protect his family. If he knew Nikki was responsible for Delia’s death, he could’ve had the car cleaned and fixed to throw the police off her trail. While it may seem far-fetched, let’s not put anything past Victor.

If Nikki is revealed to be the driver who hit Delia, it’s going to cause a lot of problems. Billy is married to Victoria Newman (Amelia Heinle) and this will tear apart their marriage. Billy wants justice for his daughter, but Victoria defend her mother by saying it was an accident.

Aside from that, there’s also Chloe who may turn her wrath on Nikki. Plus, how is Adam going to react when he sees the family coming to Nikki’s defense.

Days Of Our Lives Spoilers: Are Belle And Shawn Responsible For Claire’s Mental State?