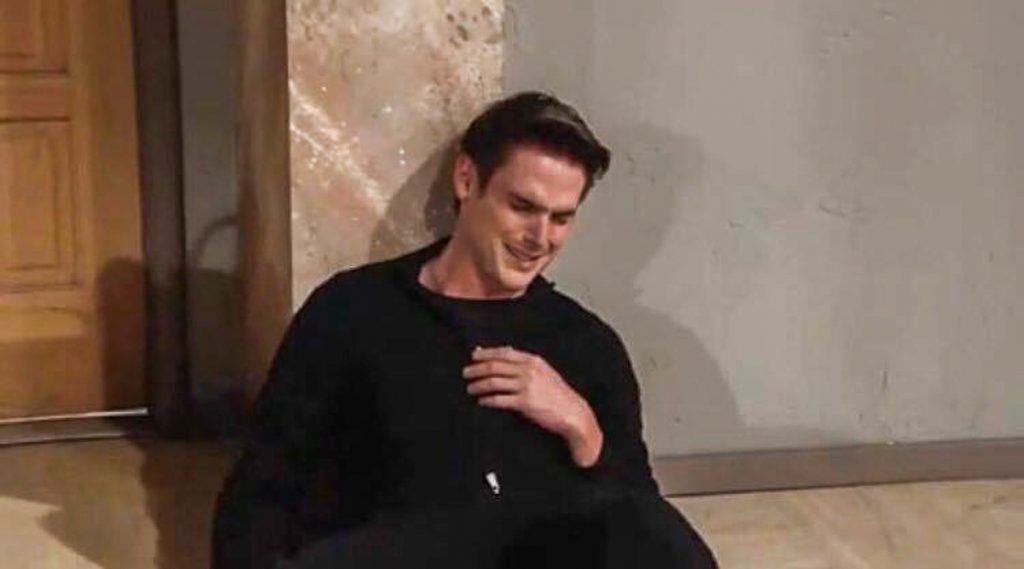 Adam Newman (Mark Grossman) decided to return to Las Vegas, Nevada, on The Young and the Restless. Now, he’s seemingly chosen to remain there indefinitely, telling Riza Thomas (Tina Casciani) that he wants back in gambling circuit full-time.

Rejecting Chelsea Newman’s (Melissa Claire Egan) incoming phone call is the opposite of what Adam was doing last summer. At that time he was desperate to regain contact with the arguably deepest love of his life.

A ‘Chadam’ reunion was initially nixed by the Boudreau marriage and later, by Chelsea, which propelled Adam’s spin out of control. Say whatever one wants about his issues with Victor Newman (Eric Braeden). Hardcore fans know that past conflicts with the ‘Moustache’ didn’t create the type of fall Adam has taken this time.

Young And The Restless Spoilers – Adam Newman Has Left The Building

Playing off the classic public address announcement that was made at many Elvis Presley (The King of Rock and Roll) concerts in days gone by, including during his Vegas residency on the strip, Adam left GC, with no intentions of ever going back. But viewers know that an encore is inevitable.

Y&R is allowing the hard-working Grossman a bit of a respite. His scene quotient was likely only topped by Jordi Vilasuso (Rey Rosales), during a comparable amount of time. That’s when former executive producer and head writer Mal Young was injecting Rey into nearly every episode as part of this now-main character’s introduction.

It feels odd that such an extensive amount of time has been devoted to referencing Chance Chancellor (as last played by John Driscoll). It would seem that if Driscoll would be reprising his role that he would have done so by now, right? Alternatively, if a recast is happening, the lead-in to that debut has been long.

Whether Chance is actually connected to the developing storyline that appears to link Adam to the will challenge is debatable. Possibly Chance’s name is being used, or he’s not involved at all.

In many regards, the fans are patiently waiting for this storyline to reach a breakpoint, where whatever explanation about Chance is offered and Adam’s involvement is revealed or confirmed as non-existent.

Young And The Restless Spoilers – Connor Newman Needs His Dad

Chelsea is deeply concerned because Connor Newman (Judah Mackey) is fully out of sorts. No wonder, considering the many half-truths and outright lies that he’s heard. Then, his father told him that he was leaving town for good.

It would seem that whenever Adam realizes Connor’s need for him, then he’ll return to GC. But who knows when that will happen considering that he’s returned to playing ‘Spider’.

Fans of The Young and the Restless rightfully express their opinions on a regular basis. So, how long will Adam stay in Vegas? Please vote in our poll below!