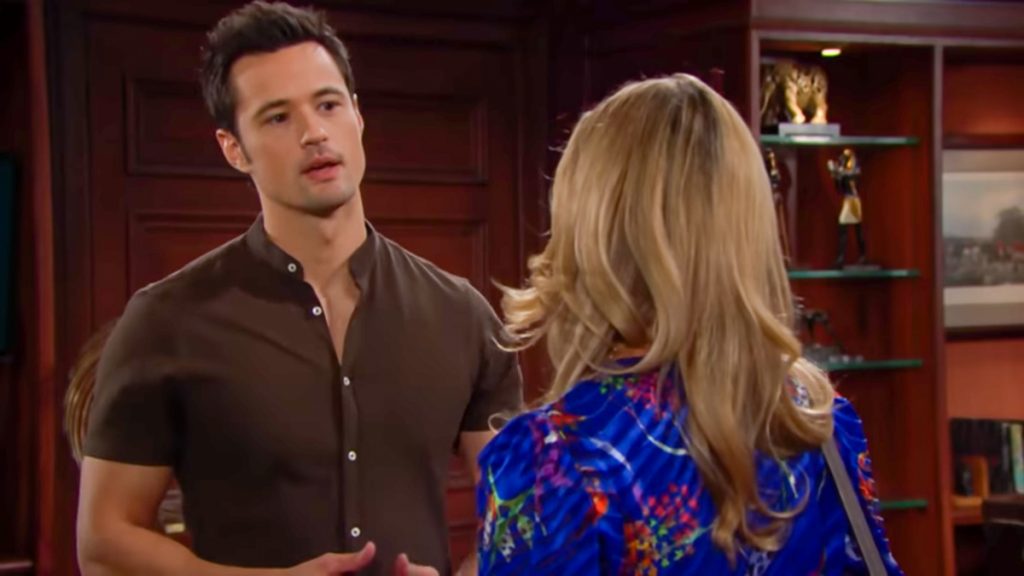 The Bold and the Beautiful (B&B) spoilers reveal Hope Logan (Annika Noelle) won’t give up her fight to protect Douglas Forrester (Henry Joseph Samiri). Instead of the temporary guardianship, she decides something more permanent needs to happen. She pressures Thomas Forrester (Matthew Atkinson) to sign away his parental rights.

B&B spoilers indicate that Hope has good intentions. She has a strong bond with Douglas and is a mother figure to the boy. She only wants to protect him and that includes preventing Thomas from doing any further damage. Douglas has already been tormented and traumatized by his father. The only way Hope can save the child is by eliminating Thomas’ influence in his life.

The Bold and the Beautiful spoilers reveal that Ridge Forrester (Thorsten Kaye) hasn’t done what Brooke Logan Forrester (Katherine Kelly Lang) demanded. Before returning home, she ordered Ridge to get Thomas to sign guardianship papers. He wasn’t thrilled about the plan to take Douglas away from his father. However, he didn’t argue with his wife. He simply took the paperwork and moved out of the house.

It seems that Hope will push the issue, though. She meets with Thomas and urges him to think about what is best for Douglas. She tries to pressure the troubled father into signing away his parental rights.

A temporary guardianship is one thing, but permanent custody is a lifelong commitment. According to the latest information, Hope will talk to Liam Spencer (Scott Clifton) about giving Douglas a permanent home with them.

This is something Liam really needs to think about. Raising a child is a lifelong commitment and there are a lot of factors to consider. Will they constantly have to look over their shoulder to watch for Thomas? Could the little boy grow up with problems stemming from Thomas’ abuse and intimidation?

B&B spoilers suggest that Hope might be planning to adopt Douglas. Since the boy’s biological mother is dead, if Thomas signs away his rights, it will leave the boy an orphan. This would allow Hope to give him a permanent home. However, it would also be a slice of revenge for her. Thomas played a role in taking away Hope’s daughter for several months. If she were to get custody of Douglas, then it would let him know exactly how that felt.

However, it seems there might be a complication with this plan. Ridge finds out that his loved ones are trying to coerce Thomas into giving up his son. He is furious and confronts Brooke, Liam, and Hope. What will happen after they become targets of Ridge’s rage?