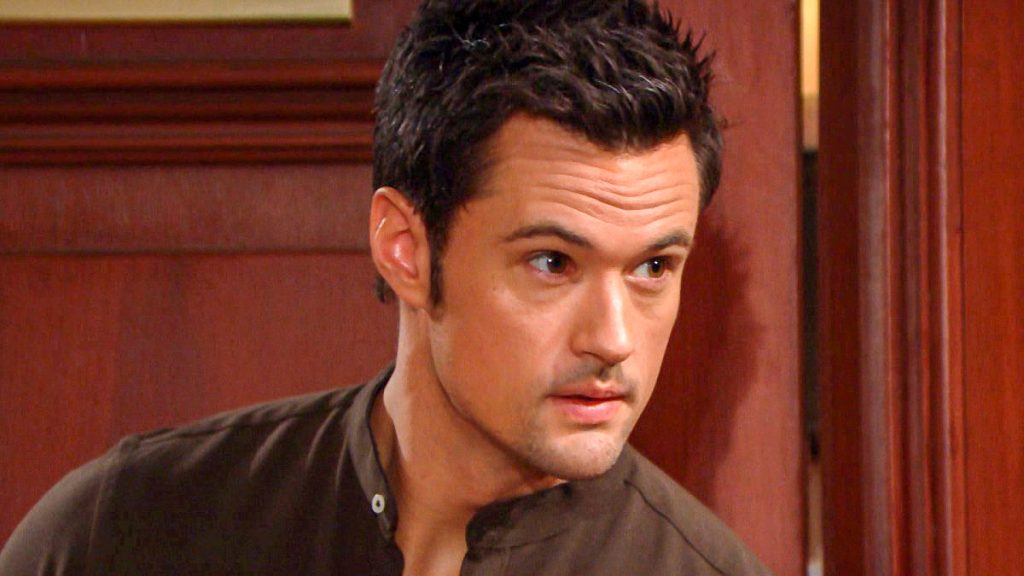 The Bold and the Beautiful (B&B) spoilers tease that Ridge Forrester (Thorsten Kaye) will soon make a controversial move. As B&B viewers know, he’s determined to make things right with his family, especially between Steffy Forrester (Jacqueline MacInnes Wood) and Thomas Forrester (Matthew Atkinson). He even suggested that Steffy invite Thomas to live with her at the cliff house, but that was a step that Steffy just wasn’t ready for.

Clearly, Ridge thinks that the best thing for his family right now is for Thomas to work on himself and for the rest of the family to welcome him back to the fold. But that’s not going be easy for Steffy in particular, who doesn’t trust her brother right now. And it’s going to be nearly impossible for Brooke Forrester (Katherine Kelly Lang) to welcome Thomas back in any capacity after what he did to her daughter Hope Logan (Annika Noelle).

But Ridge is going to try his best to get Thomas back with the family and involved in something productive, rather than just focus on all the wrongs that he did and everyone’s distrust of him. It looks like Ridge will soon be wanting Thomas to return to Forrester Creations. Thomas has certainly hinted lately that he wants to come back – he’s been drawing and designing, and he recently showed Ridge some of his work.

Ridge was impressed by Thomas’ drawings, and B&B spoilers indicate that Ridge will take steps to work Thomas back in at Forrester Creations, but the move is going to instantly cause problems between Ridge and Brooke. B&B spoilers say that Thomas will actually witness Brooke and Ridge arguing over his place at Forrester, so it certainly looks like Ridge is going to be pushing for Thomas to return to work.

The Bold and the Beautiful Spoilers: Hope’s Revenge on Thomas 'A Child for a Child' @celebratesoaps https://t.co/laHoAAmWAn #bb #boldandbeautiful

Of course, Brooke will hate that idea, since it means that Thomas will necessarily come face-to-face with Hope, probably on a daily basis. But Brooke really doesn’t have the authority to made executive decisions at Forrester. So, Brooke may squawk about the situation, but ultimately there won’t be much she can do about it…except freak out and let her displeasure be known.

At any rate, B&B spoilers say that Thomas will be thrilled to see “Bridge” fighting over his place at the family company. He’ll be happy to see problems in their marriage, since he wants Ridge and Brooke to split up, but he’ll also be happy to hear his dad fighting for his return to Forrester Creations. Ongoing B&B spoilers indicate that Thomas will soon be striving to be top dog at the company, so it certainly looks like he’s on his way back.

Do you think Bridge’s marriage will ever recover if Ridge lets Thomas return to Forrester? Stay tuned to the CBS soap and don’t forget to check Soap Opera Spy often for the latest Bold and the Beautiful spoilers, updates, and news.

Days Of Our Lives Spoilers: Jennifer Questions Dr. Rolf – Is It About Hope’s Strange Behavior?