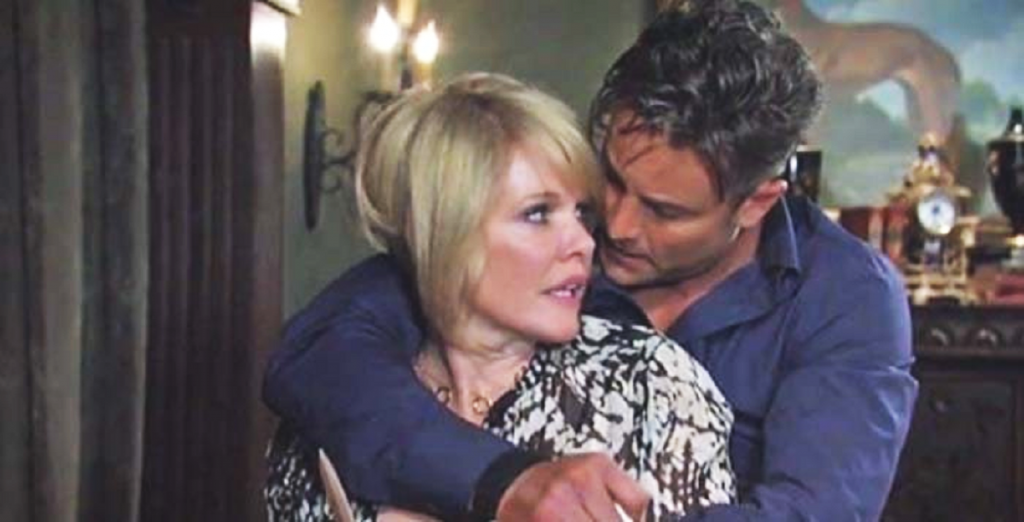 General Hosptial (GH) spoilers indicate that Ava Jerome (Maura West) will be thrilled to discover that Nikolas Cassadine (last played by Nick Stabile) is alive and well, despite being shot right in front of her and presumed dead the last few years.

Attentive General Hospital viewers may remember that it seemed like Nikolas and Ava were heading toward the beginnings of a romance before he was shot.

Since then, Nikolas has stayed on Ava’s mind. They never really got the chance to explore if their feelings each other were real and if they had what it takes to make a relationship work?

General Hospital Spoilers – Could Be Some Initial Awkwardness At First

Of course, in Port Charles, almost no couple stays together too long so there’s a good chance any relationship they might have had would have run its course by now. But now, with Nikolas poised to make a grand reappearance, Ava and Nikolas might get a do over.

Nikolas might have a bit of trouble with the fact that Ava lied to authorities and cleared Valentin (James Patrick Stuart) of any wrong doing in Nikolas’ death.

She only did it because Valentin sent her to a clinic in Russia that removed the scars Ava had on her face due to a fire earlier that year. And for her part, Ava may not be so happy that Nikolas hasn’t told anyone he was alive for the last two years.

General Hospital #GH Spoilers: Are Julian And Alexis Heading For A One Night Stand? @celebratesoaps https://t.co/maVflSAlhm

Will Ava and Nikolas get a second chance to start up a relationship? There is a lot going on in Port Charles so will romance even be on their minds.

One thing for sure is that at the heart of it all, love stories are the heart and soul of the soaps, so I wouldn’t bet against these two. You can watch every moment on General Hospital, weekdays on ABC!