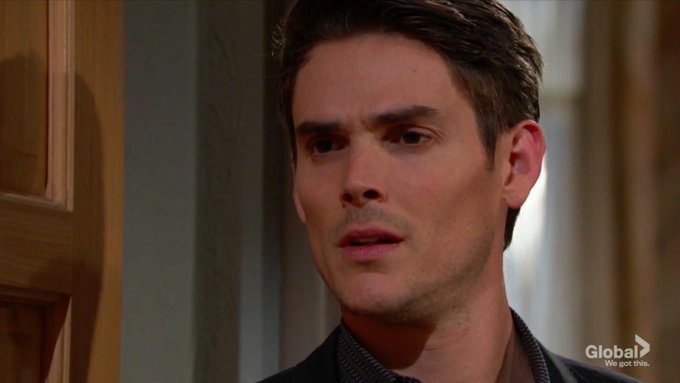 The Young and the Restless (Y&R) spoilers tease that the Newman family’s world will be rocked and Adam Newman (Mark Grossman) could get the upper hand. After Victor Newman’s (Eric Braeden) death stuns Genoa City, the family decides that Adam was the one who killed the Mustache.

At first, they decide to claim that it was the stress he put on his father, then dropping the bomb that he switched the medicine labels, calling for Paul Williams (Doug Davidson) to launch a criminal investigation. Here’s what you need to know about what’s coming up on Y&R.

Victor’s plan hit a major snag when Adam saw their real agenda and he framed his sister for their father’s murder. Y&R spoilers tease that Adam knew they would pin it on him somehow. And, Victor has a way of ruffling and pitting his kids’ against each other.

The Young and the Restless spoilers tease that Adam won a small battle by using his “arrangement” with Michael Baldwin (Christian LeBlanc), suggesting he find a way to order for Victoria Newman’s (Amelia Heinle) arrest.

Michael did not feel good about it. He told Adam even though they found the tablet and the pills in Victoria’s office, she had virtually no motive. But Adam urged him to order for her arrest. And, that is exactly what Michael does. It’s clear Michael is playing a very dangerous game of cat and mouse with Adam.

Y&R Spoilers – Will Adam Newman Win The War With His Family?

It might appear that Adam won the battle against his family, but according to the weekly preview, something might turn the tables on the prodigal son. Y&R spoilers state that Adam will be found on the floor unresponsive. It isn’t clear what leads up to his collapse yet.

It’s possible that it will be a plan from the Newman family to get payback on him for setting up his sister for Victor’s murder. We’ll have to wait to see how it pans out.

One thing is for sure, the Newmans should not discount Adam as he always has a plan to rise above them. Do you think Adam can win the war against the Newman family?

Days of Our Lives Spoilers: The Plan to Steal Sarah’s Baby, But Kristen’s Already Pregnant

Days Of Our Lives Spoilers: Jordan Tells Rafe He Is David’s Father – But Can He Believe Her?