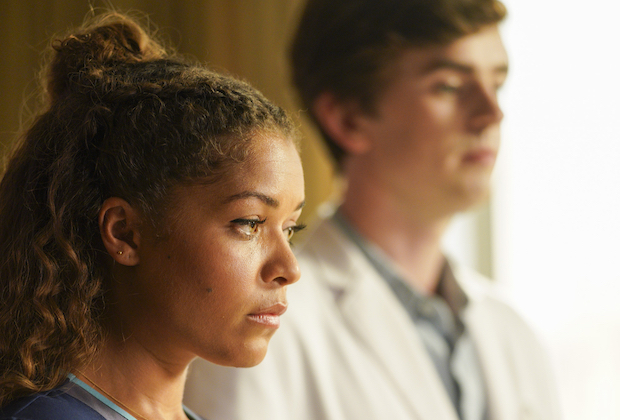 The Good Doctor season 3, episode 9 is titled “Incomplete.” Fans can expect Dr. Shaun Murphy (Freddie Murphy) to continue dealing with his intimacy issues. In addition, Dr. Claire Browne (Antonia Thomas) has a hook-up and imagine her surprise when he shows up in the ER after a car accident. She also ends up finding out — and meeting — his wife and daughter.

According to Spoiler TV, the synopsis for season 3, episode 9 is as follows:

“Shaun is ready for the next step in his relationship with Carly [Lever, Jasika Nicole]; however, he continues to struggle as they grow closer and more intimate, and is dealt some troubling news about a deeply personal issue. Meanwhile, a young patient must decide on a treatment that could save her life or possibly destroy her marriage on an original episode of The Good Doctor, Monday, November 25 on ABC.”

As viewers have seen on the primetime TV show during the past few weeks, Shaun is ready to take the next step in his relationship. However, that has proven to be quite a struggle. Carly has done everything in her power to make it just right for his sensory needs, including using specific light bulbs and thread counts in the linen. Unfortunately, they are still having trouble making that intimate connection.

The Good Doctor season 3, episode 9 spoilers regarding Claire come from a promo clip released by the network. She has a hook-up and is pleasantly surprised when he wants to see her again. However, the next time she sees the young man will be under very different circumstances.

The promo clip reveals there is a multi-car accident and one of the injured is that same man. Claire is stunned but does her job. Later, she finds out that he is married and has a young daughter. They want to know any updates on his condition. Before she can answer, the little girl asks if her daddy is going to be okay, which proves to make things even more awkward for Claire.

Be sure to tune in to catch up on everything happening on the TV show right now. Come back here often for the latest in The Good Doctor spoilers, updates, news and rumors!