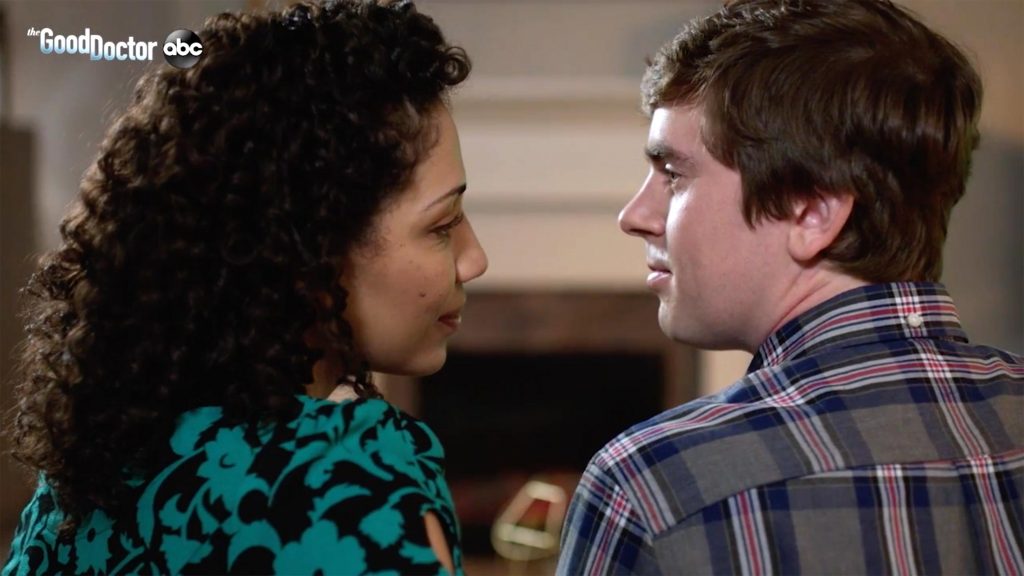 The Good Doctor season 3, episode 8 spoilers reveal that Carly Lever (Jasika Nicole) wants to get physically closer to Dr. Shaun Murphy (Freddie Highmore). A promo clip shows that they come close to getting intimate. However, it is suggested that things don’t go as expected and Carly is left feeling frustrated.

For some time now, Shaun and Carly have maneuvered the ups and downs of an unexpected romance. It is uncharted territory for Murphy. As fans would expect, his autism diagnosis adds complications to dating. However, Carly sincerely cares for the resident. She is exceptionally patient as Shaun figures things out in his own way and in his own time.

The Good Doctor season 3, episode 8 spoilers tease that Carly wants to take things to the next level. In a promo clip released by ABC network, she flirtatiously suggests they get closer. Murphy knows what she means and being brutally honest and unapologetically direct, he seems to want intimacy too.

It is revealed that the special night arrives. Carly is pulling out all the punches to make this moment memorable (as well as to help get him in the mood). However, it seems there might be a problem. Shaun is loving what he sees, but individuals with autism can be easily overstimulated.

The camera zooms in really close and quickly zigzags from one of Carly’s body parts to another. It is clear that the movement of the camera is showing viewers what Shaun is seeing and experiencing. It may prove to be too much for the savant resident.

According to Spoiler TV, the press release states the following for the episode titled “Moonshot,” which airs on November 18.

“Carly’s attempts at increasing her intimacy with Shaun are becoming more of a frustration than either of them expected. Meanwhile, Dr. Audrey Lim (Christina Chang) and Dr. Neil Melendez (Nicholas Gonzalez) struggle in their relationship as they work to separate their work from their personal life.”

What do you think of Carly’s frustration with the lack of intimacy in her relationship? The situation may be difficult, but she is a creative thinker. Surely she can brainstorm a way to overcome the intimacy challenge with Murphy.

Be sure to tune in to catch up on everything happening on the ABC TV show right now. Come back here often for The Good Doctor spoilers, updates, news, and rumors!