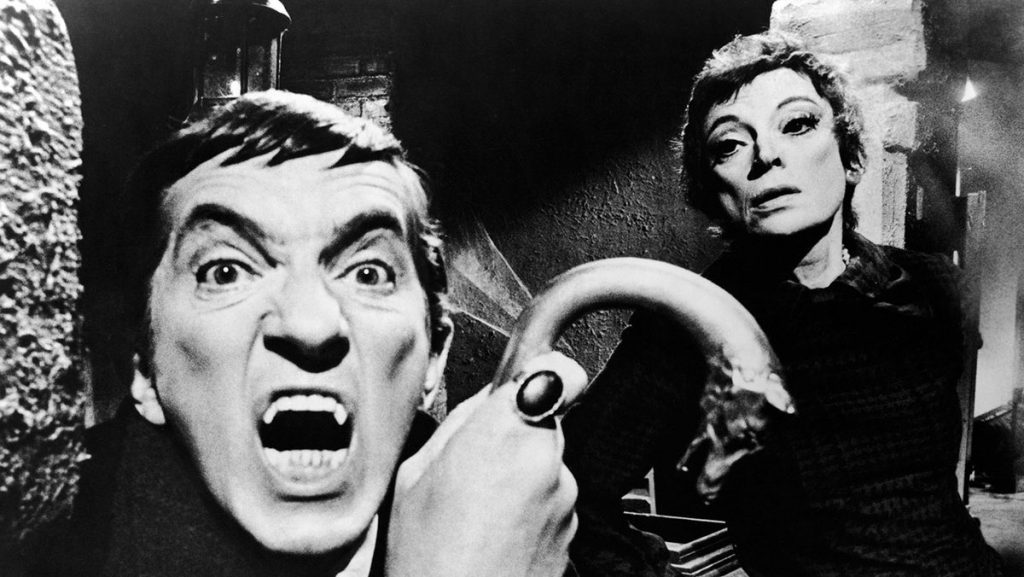 The campy soap originally ran on ABC from 1966-1971 and featured such soapy stars of the day as Lara Parker, Christopher Pennock, Clarice Blackburn, Jerry Lacy, and several actors and actresses who went on to primetime fame such as Kate Jackson, Abe Vigoda, Katherine Leigh Scott and Roger Davis, although Jonathan Frid was the actor who the soap was most associated with, who played the 200 plus year old vampire, Barnabas Collins.

The CW Network has planned a sequel, already in production, to the original Dark Shadows called “Dark Shadows: Reincarnation”. This will be a continuation of the original story but brought into the modern-day, but still centered around the strange and supernatural occurrences in Collinsport, Maine, and around the Collins family themselves.

The sequel’s pilot episode is being written by a self-proclaimed superfan of the original series, Mark B. Perry. Perry has also written for such primetime series as “The Ghost Whisperer” and “Revenge”. Perry will also be the new sequel’s executive producer, along with Michael Helfant Tracy Mercer, and Bradley Gallo of Amasia Entertainment, as well as the two daughters of the original series creator Dan Curtis, Cathy and Tracy Curtis.

Several television revivals were tried over the years, including a 1991 short-lived primetime version on NBC, that only ran for a couple of months. It starred Joanna Going as Victoria Winters, Ben Cross as Barnabas Collins, Jean Simmons as Elizabeth Collins Stoddard, Lysette Anthony as Angelique Collins, Barbara Steele as Julia Hoffman and Joseph Gordon-Levitt as David Collins.

Another television revival was planned at the WB Network in 2004 but never got past the pilot, which starred Marley Shelton as Victoria Winters and Alec Newman as Barnabas. A more successful reboot attempt was the 2012 theatric film in 2012, directed by Tim Burton and starring Johnny Depp as Barnabas, and also a cameo by the late Jonathan Frid, who passed away shortly after filming.

Dark Shadows has had a large cult following since its original run that still exists to this day. Original soap episodes are available on Amazon Prime for those who want to check out the original 1960s version.

Stay tuned to SOS spoilers and keep checking SOS spoilers frequently for all the latest news, updates, and developments!