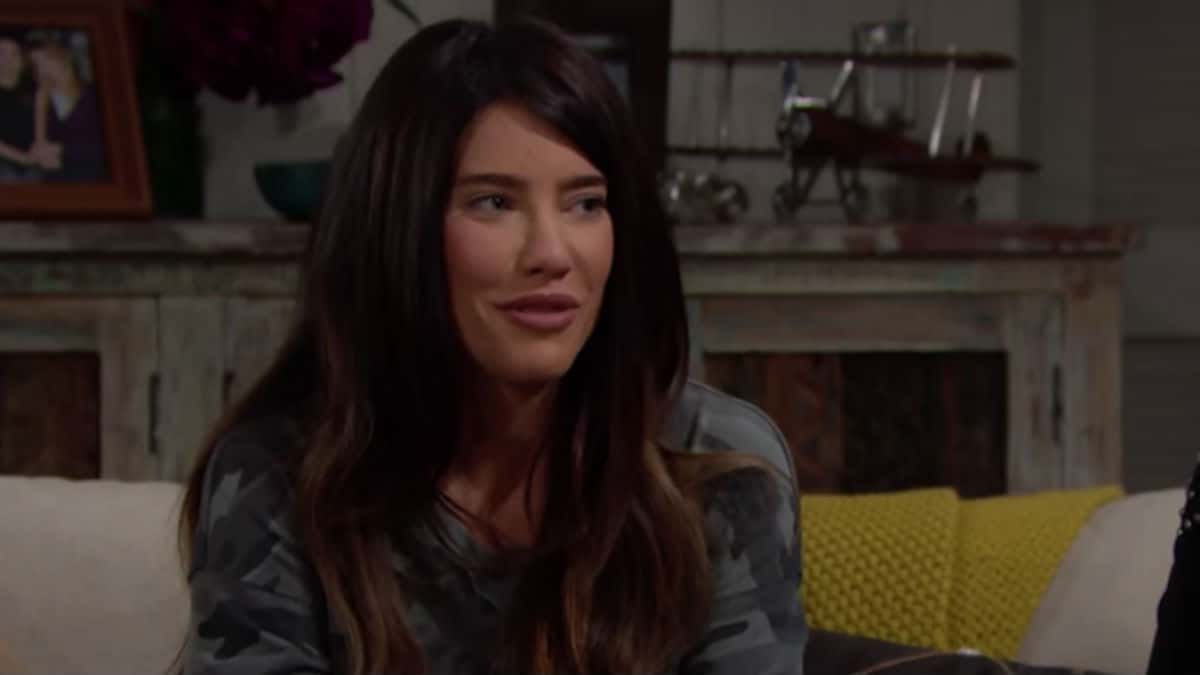 The Bold and the Beautiful (B&B) spoilers for September 10 episode tease that Steffy Forrester (Jacqueline MacInnes Wood) will visit Florence Fulton (Katrina Bowden) in prison and tell her that she destroys families.

Steffy hasn’t been seen since Thomas Forrester’s (Matthew Atkinson) cliff drama. So when they come face to face, she will let him know how she feels. She’ll be furious at him for keeping Beth Spencer’s (Madeline Valdez and River Davidson) identity a secret from her. Thomas may say that he only did that to protect her but Steffy knows better. She knows how Thomas really feels and that there’s nothing he won’t do for Hope Logan (Annika Noelle).

Apart from visiting Thomas, Steffy will also drop by Flo’s prison. She’s got a lot of things to say to the woman who ripped her family to shreds. Viewers may recall that Flo pretended to be Beth’s birth mother so that she could adopt the baby. She and Taylor Hayes (Hunter Tylo) believed everything that Flo and Dr. Reese Buckingham said. They paid them $250,000, so they could adopt Beth.

Steffy was left devastated when she found out Flo’s ruse. Hope and Liam Spencer (Scott Clifton) delivered the awful news to her. She had no choice but to give up the baby that she’s grown to love as her daughter to her real mother, Hope.

No one could blame Steffy for being furious at Flo. When she visits her in prison, Steffy will rage on. Flo knows how much she’s hurt Steffy, so she’ll just listen to everything she says. The Bold and the Beautiful spoilers video shows Flo shedding tears as Steffy unleashes her wrath on her.

Steffy will shout at Flo, telling her, “You destroy families!”

Steffy doesn’t only refer to her losing her child but also for Flo’s part in destroying Hope and Liam’s marriage. Steffy will tell Flo exactly what she feels. “I hope you rot in prison. It’s exactly what you deserve.” Steffy doesn’t want to hear any of Flo’s apology and tells her she will never forgive her for what she’s done.

However, it seems like Flo’s stay in prison will only be short-term. Spoilers show that Ridge Forrester (Thorsten Kaye) will bail out Flo. How will Steffy react when she finds out that her father helped the woman she hates the most?

The Bold And The Beautiful Spoilers: Zoe Has ‘Broken Bird Syndrome,’…

The Bold And The Beautiful Spoilers: Ridge Didn’t Need Another Crisis –…