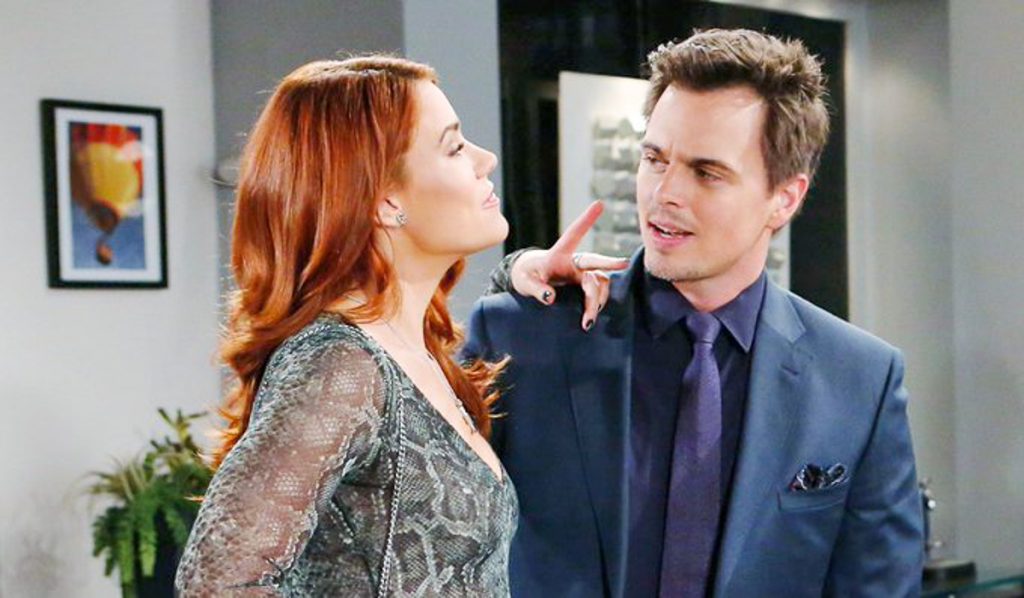 Wyatt Spencer (Darin Brooks) will be forced to make a choice on ‘The Bold and the Beautiful’. Sally Spectra’s (Courtney Hope) elopement request is unexpected, as was Wyatt’s rebound inspired offer of engagement, which Sally accepted earlier this year.

Hardcore viewers know that Wyatt’s committed coupling offer was made after Flo Fulton (Katrina Bowden) told Brooks’ character that she still loved him. The complex feelings he retains for Flo were and seemingly still are in flux, due to the Beth Spencer (Madeline Valdez and River Davidson) reveal and how that served to break trust in his one-time high school sweetheart.

Bold And The Beautiful Spoilers – Vegas Was So Long Ago

Wyatt and Flo are young, but advancing toward middle age. That means it was a long time ago in both soapy and real time when this pair first became ‘Wo’.

B&B mined Wyatt and Quinn Forrester’s (Rena Sofer) backstories in order to create the Fulton ladies, being Flo and her mother, Shauna Fulton (Denise Richards). Both characters are terrific additions, as the actors posses strong chemistry with their on-screen cast mates and the storylines they’ve been written into are terrific.

There’s no doubt that Wyatt still cares for Flo, but he’s serious about Sally as well. Why he hasn’t ringed her is an intriguing question. So much so that Hope’s consistently dynamic and endearing character has taken the initiative.

Sally believes that Wyatt loves her, but she also knows that the clock is likely ticking on closing a marriage deal. She still has Wyatt’s cold brush-off in her mind and doesn’t want to be somewhat engaged to him indefinitely.

For his part, Wyatt has been focused on his work and is supporting Liam Spencer (Scott Clifton) with his relationship issues. Plus, Clifton’s character just agreed to return to Spencer Publications, which may reboot the triangle dynamic between both brothers and their dad, Bill Spencer (Don Diamont).

Bold And The Beautiful Spoilers – Both Ladies Will Have Their Say

Flo feared losing Wyatt forever after nearly having her life destroyed by going along with Reese Buckingham’s (Wayne Brady) Beth-Phoebe ploy. But time has allowed some healing, as Wyatt’s visit to Flo demonstrated after her organ donation surgery was complete.

Now, with Bowden’s brief time away from the cast ended, as her movie has wrapped filming, Flo will be seen again. With that the ‘Wally’ elopement story and Sally’s slip of the tongue (where she uses Liam’s name) will tie into the developing drama.

Wyatt may believe that he’s the only one with a choice, but Sally and even Flo herself could disrupt that assumption. Both ladies have a lot to offer any eligible man in this fictional version of Los Angeles, California.

Days Of Our Lives Spoilers: Abigail Gets On Princess Gina’s Bad Side – Will She Try To Kill Jennifer’s Daughter, Too?